At the beginning of Langston Hughes’ Black Misery, a small volume featuring brief observations of black life accompanied by illustrations, a young black boy looks out at the reader with a melancholy gaze while leaning on the bannister of his building’s steps. The boy’s thoughts appear on the opposite page: “Misery is when you heard on the radio that the neighborhood you live in is a slum but you always thought it was home.” The sentence sums up the tension between how black neighborhoods have often been experienced by their residents compared with how these neighborhoods have been viewed by the general public. This tension is at the center of Lance Freeman’s book, A Haven and a Hell: The Ghetto in Black America. He argues that while many are familiar with the ghetto as a symbol of racial segregation and poverty, “for many blacks the ghetto has provided incremental but extremely important steps toward a better life and fuller inclusion in American society.”

The author uses a chronological format to explore the etymology of the word ghetto as a descriptor for the neighborhoods to which Jews were confined in sixteenth-century Italy. He then moves the narrative to the late nineteenth-century urban north of the US, as black people began to move from the south to northern cities in substantial numbers. Using historical figures such as Jesse Binga, who in the first decades of the twentieth century used Chicago’s large concentration of black residents to rise from Pullman porter to found the Binga Bank, as well as literary characters such as Joe Hamilton in Paul Laurence Dunbar’s The Sport of the Gods, Freeman demonstrates the opportunities and challenges faced by ghetto residents. Freeman notes that the Negro Renaissance of the 1920s that spurred the production of black cultural works in New York City, Chicago, and Washington, D.C. reflected the “haven” aspects of black neighborhoods whose residents viewed these enclaves as refuge.

The middle chapters of A Haven and a Hell describe federal government policies that reinforced the segregated nature of ghettos during the Depression and the real estate industry’s discriminatory practices in the aftermath of World War II that thwarted black people’s efforts to move out of them. Freeman argues that in the post-war era these neighborhoods lost their appeal to many black people, as seen by the civil disturbances that erupted in many communities in the 1960s. The final chapter and conclusion of the book discuss recent urban history and the ambivalent role of white and black newcomers as gentrifiers, the successes resulting from the work of nonprofit community development corporations and programs such as federal Empowerment Zones, and the Harlem Children’s Zone.

The narrative presented by Freeman in A Haven and a Hell uses jargon-free language to guide the reader through the changing perceptions of black communities over time. In some places the haven and hell construct seems exaggerated. Whether a resident of a black community viewed their neighborhood as a haven or a hell would not only have been determined broadly by the era in which a person was living but also by the particular city the person lived in, and their specific life circumstances.

While the term ghetto continues to be used today by some in describing black neighborhoods, A Haven and a Hell would have benefited from an interrogation of the term itself. Freeman indicates that he is applying the term to neighborhoods with high concentrations of black residents who have incomes that are disproportionately low, but the general public has not been so precise in its usage of the term, often applying it to any predominantly black neighborhood regardless of the income of its residents. In what ways does this practice become a self-fulfilling prophecy? To what extent does the assumption that residents of black neighborhoods called ghettos are trapped in a cycle of poverty lead private investors to withhold capital, and cities to withhold public safety, sanitation, and educational services? Why aren’t poor and working-class white neighborhoods called ghettos? At the end of A Haven and a Hell Freeman notes that the existence of ghettos is the result of white supremacy and the segregation practices that were a principal tactic for maintaining it. In what ways does the continued use of the term ghetto serve the intent of white supremacists rather than describe what is really happening in black neighborhoods?

In the absence of the pejorative connotation of life in black neighborhoods that the term ghetto conveys, perhaps people wouldn’t be so surprised that living in a neighborhood where everybody knows your name would be viewed as a haven by the people that lived there. 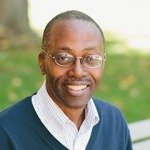 Kevin McGruder is Vice President for Academic Affairs and Associate Professor of History at Antioch College. He is the author of Race and Real Estate: Conflict and Cooperation in Harlem, 1890 to 1920.