The Metropole Bookshelf is an opportunity for authors of forthcoming or recently published books to let the UHA community know about their new work in the field.

In 1936, a New York Chinese American women’s organization called the Ging Hawk Club sponsored an essay contest about a question of tremendous interest to many second-generation Chinese Americans: “Does My Future Lie in China or America?” The English-language San Francisco Chinese Digest published the winning and second place essays, as well as a series of letters—many of them heated—in response to these essays.

About six years ago, I assigned this source to students in my Asian American history course, just as I had in the past. After our class discussion, a student asked me a question I couldn’t answer: what had become of the second-generation Chinese Americans of this era? Had most gone to China or stayed in the United States? When I couldn’t find any real answers, I decided I might try to write an article to address the student’s question. That “article” became the book American Exodus: Second Generation Chinese Americans in China, 1901-1949 (2019).

The United States’ anti-Chinese movement and Chinese exclusion are crucial context for the book. Between 1882 and 1943, the U.S. banned most Chinese from entering the country and forbade the naturalization of those few allowed in. During these years, China-born resident merchants could bring their immediate family members to America, but for much of the same period, Chinese American citizens could not send for China-born spouses. That said, the China-born offspring of male U.S. citizens received citizenship. In the early twentieth century, China-born merchants and Chinese American citizens (or those purporting to be members of these groups) often claimed to have fathered sons during visits to their wives in China, creating a “slot” they could later sell to someone who wanted to enter the United States. Thousands of these “paper sons” (and a few paper daughters) immigrated to the United States during the early twentieth century. In other words, this was a period in which many people born in China were attempting to enter the United States despite the exclusion law. Most urban historians are familiar with this story, which also supports the popular narrative of the United States as an irresistible magnet for people from around the world.

Yet the U.S. was also an immigrant-sending nation during the same years. By the 1910s, about 5,000 Chinese American citizens had moved to China, and thousands more left in the 1920s and 1930s, often settling in major urban centers such as Shanghai, Guangzhou, and Hong Kong. All told, between one-third and one-half of all truly native-born Chinese Americans (as opposed to derivative citizens and unlawful entrants) emigrated to China between 1901 and 1940. Largely the children of merchants, most left in order to avoid the downward mobility they faced in the land of their birth. In the United States, the most well-educated among them enjoyed fewer job opportunities than a typical white American high school dropout; before World War II, even Chinese American college graduates routinely labored in restaurants and the trinket shops that catered to Chinatown tourists.

The Chinese American citizens who went to China consisted of two distinct groups. The first and largest group of emigrants, whom I call the “students and merchants,” arrived from small towns and large cities across America. They moved to Hong Kong and neighboring Guangdong, where most had family ties, for educational and business opportunities. Some started their own companies, others attended village or special “overseas Chinese” schools to get a Chinese education, and still others enrolled in Western-founded colleges, mingling with other overseas Chinese students and the scions of wealthy local families. The second cohort, whom I dub the “modernizers,” had largely grown up in major urban areas and studied at U.S. universities, like the essay writers of 1936. They tended to see themselves as destined to contribute to the “modernization” of China by using their Westerns educations to develop its infrastructure, schools, legal system, military, and similar fields.

Both groups arrived in China during a period of tremendous change. In 1912, a republic replaced the last imperial dynasty; warlords eventually governed most of China after 1916; and, finally, in 1926 the Nationalist Party (Guomindang/Kuomintang) launched a military campaign from its base in Guangdong to reunify significant parts of the country, establishing a new national capital at Nanjing in 1927. By this point, most of the Chinese American students, merchants, and modernizers had begun to develop extremely mixed feelings about their place in China and the regimes that claimed control over them (successive Chinese governments contended that ethnic Chinese, wherever born, were citizens of China). Most felt an affinity for their parents’ homeland but also an admiration for the United States’ professed ideals of liberty, democracy, and equality. While the racism and discrimination they faced in the land of their birth left them deeply disillusioned, so did the corruption, nepotism, and anti-Westernism they increasingly encountered under Nationalist rule, whether in Guangdong in the 1920s or central China after 1927.

One of the most enjoyable parts of writing this book was following Chinese Americans across the Pacific and discovering how their lives and identities changed (or did not) during their years in China. In some ways, this “following” was literal, since I did research for American Exodus not just in the United States but also in Shanghai, Hong Kong, and Taipei, using both English and Chinese-language sources.

Capturing an entire book in a few paragraphs is difficult, but the life stories of some of the people I discuss in American Exodus highlight a number of its major themes.

Take, for example, Louey Shuck, a native of the small California Gold Rush town of Weaverville. Born in 1872, Louey eventually moved to San Francisco and prospered there, but racism and discrimination limited his family’s social, economic, and educational mobility. He saw greater promise in Hong Kong, which he had visited on business several times, and in 1907, he moved to the British colony with his Chinese American wife and their five children, all of whom were U.S. citizens. After the 1911 revolution ended the Qing dynasty, the Loueys resettled in Guangzhou on the Chinese mainland. These moves accomplished what the Loueys had hoped. Louey Shuck became a wealthy merchant in south China and a fixture in its elite social circles. He was also able to enroll his sons and daughters in the region’s most prestigious academies, send several back to the U.S. for college, and ensure that the oldest in particular married very well upon their return to China. Louey’s son James Jung-yan Louie wed the niece of the American-educated diplomat and politician W.W. Yen, and Louey’s daughter Francis Yuk-yung Lui married David W.K. Au, a son of Sincere Department Store founder Andrew Au Ben. (Yes, all the Louey children used different spellings for the same Chinese surname: 雷.) But the Nationalist movement that Louey had once supported eventually targeted people like him as lackeys of Western imperialism. In 1926, the Nationalists in Guangzhou arrested and held Louey’s second wife (the first had died a few years earlier) and youngest son until he paid a hefty tax on his property. U.S. officials who had once assured Louey that American citizens did not need to comply with such taxes now washed their hands of him because of his ethnicity. In 1927, Nationalist supporters kidnapped Louey’s grandson Lincoln Au in Shanghai and forced the Au family to make a $500,000 contribution to the party to gain the boy’s freedom. By the late 1930s, most of the Loueys responded by settling in foreign-controlled areas of Shanghai or in Hong Kong to avoid the reach of the Nationalist government.

Born almost thirty years after Louey Shuck, Russell Bates Shue Chen was a third-generation American who served briefly in the U.S. Army at the tail end of World War I and attended Boston University, Columbia, and New York University’s law school. A “modernizer,” he moved to China in 1922, a period in which a similarly educated white law school graduate in the United States would likely have received numerous job offers. As a Chinese American, however, Chen did not have such opportunities, so he instead built a lucrative legal practice in Shanghai (which boasted more Chinese American lawyers than New York, San Francisco, and Honolulu combined). He also became socially active in expatriate social clubs in the city and introduced the New England favorite Moxie soda to China.

In the late 1920s, Chen married into a prominent family closely connected to one of the warlord factions that the new Nationalist regime had sidelined. By this point, he had also become good friends with Lawrence Klindt Kentwell, an Anglo-Chinese lawyer who eventually collaborated with the Japanese when they invaded China in 1937. Chen followed suit, serving in two puppet governments during the occupation under his Chinese name. He never faced any punishment for this choice, however; resuming his American name and identity, he built a second business career in postwar Hong Kong, where he died in 1982.

In the early years of the emigration wave, relatively few Chinese American women relocated to China because of parental resistance. But during the Great Depression, female university graduates and high school dropouts alike emigrated to China for work with the blessing of their mothers and fathers. Hawaiian-born sisters Edna and Evelyn Goo arrived in Shanghai in 1933, opening the “American Beauty Shop” on Bubbling Well Road in the International Settlement—a foreign-governed and policed section of the city.

Until the outbreak of war, the Goo sisters’ salon remained profitable enough to support the two women, their mother, and their youngest sister. But it also showed how Chinese Americans and other “overseas Chinese” occupied an increasingly uncomfortable place in Nationalist China.

During the 1930s, Chiang Kai-shek launched the “New Life Movement,” a fascist-inflected campaign meant to teach Chinese citizens obedience, self-restraint, hygiene, and respect for authority. A deeply anti-foreign current crackled through the movement, whose most ardent practitioners organized boycotts of foreign goods and even physically attacked Chinese who wore Western clothes or watched foreign movies. In 1934, movement leaders declared that permanent waves were “ugly and dangerous” and the next year barred them for all women. The Goo sisters specialized in perms at their salon, and though they belonged to the patriotic, pro-Nationalist Chinese Women’s Club, they and many other Chinese Americans skirted New Life restrictions by living and working inside the International Settlement. When war broke out in 1937, both sisters left Shanghai and returned to Hawaii. Evelyn married a plantation physician there, but Edna supported herself by taking a job as a maid for a white family. Other Chinese Americans who fled the war and returned to the United States faced similarly disappointing choices.

Louey, Chen, and the Goo sisters led very different lives, but together they capture some of the main themes of American Exodus: the racism that Chinese Americans faced both in the United States and from U.S. consular officials in China; the shrinking opportunities for Chinese Americans in China by the late 1920s, especially once the Nationalists took power; the American immigrants’ uneasy relationship with the different regimes that governed the Chinese mainland; and their eventual retreat into foreign-controlled areas on China’s fringes. As an urbanist, I remain particularly intrigued by the existence of these in-between spaces (mainly in Shanghai and Hong Kong, but also in Beijing, Guangzhou, and elsewhere) and their importance to a group of people whose birth nation and imagined homeland both viewed them as inherently undesirable, foreign, and suspicious. 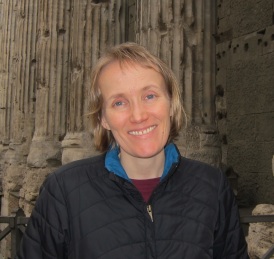 This post contains affiliate links. If you end up making a purchase, we may earn a commission on the sale. Thank you for supporting the hard work of writers and editors.