[Editor’s note: In anticipation of UHA 2020 to be held in Detroit, October 8-11, 2020, The Metropole is featuring Detroit as our Metro of the Month for January. See here for the CFP and here for info about and link to the UHA spreadsheet. The latter is meant to help urbanists find prospective panels and panelists.]

The first thing I noticed was the cupcake shop. On a sweltering August day in 2016, I had returned to the Walter P. Reuther Library on the campus at Wayne State University for the first time in two decades. Back in the early 1990s, I spent about eight months working in the Reuther’s Archives of Labor and Urban Affairs to write my dissertation, and later book, Remaking Respectability: African American Women in Interwar Detroit. With no digital camera or scanner technology I opened box after box of the United Community Services Papers, a vast collection of all of Detroit’s social service agencies, to find records of working-class black women in the city. At times I ventured down the street to the Burton Historical Collection at the majestic Detroit Public Library, although the major collections I had hoped to find there were largely unprocessed. As a graduate student, I commuted to the city along the deeply pitted highways of southeastern Michigan from my humble apartment in Ann Arbor.

When I returned in 2016, I could afford an upscale bed and breakfast, The Inn on Ferry Street, and efficiently took digital photos of the documents I needed for my forthcoming book on utopian communities and the long civil rights movement. But my “research neighborhood” from graduate student days had been transformed. In addition to the cupcake store, there were multiple farmers’ markets on Wayne State’s campus and nearby hotspots serving craft cocktails and “artisanal” cuisine. But some things remained the same. Diego Rivera’s majestic “Detroit Industry” murals at the nearby Detroit Institute of Arts and the potholes scarring the highways endured. As did the helpful archivists and deep resources of the Reuther. Returning to the city after so long I was also cognizant that its much-touted revitalization was primarily centered on the Downtown/Midtown core of the city, which includes Wayne State’s campus. This revitalization has left the majority of Detroit’s neighborhoods suffering from an on-going housing and fiscal crisis. What I was experiencing in 2016 Detroit was limited and uneven redevelopment.

Detroit’s physical landscape has not been the only change in the nearly twenty years since I published Remaking Respectability. The field of urban history has also flourished and evolved. When I was first researching my dissertation, I did not define myself as an urban historian. My primary historiographical influences were social and women’s history, fields that boomed during the 1980s. But after spending a year as a predoctoral fellow at Michigan’s Institute for the Humanities, which had for its theme “The Geography of Identity,” I began to think about how my sources were uncovering an urban world that was underexamined in historical scholarship. At Michigan I was also engaged with the interdisciplinary Comparative Study of Social Transformations (CSST), which regularly held conferences with grandiose one-word titles – “Culture,” “Power,” and “History.” In classrooms, conferences, and reading groups we learned not only about the public sphere, but also the bourgeois public sphere, post-bourgeois public sphere, the counterpublic sphere, subaltern counterpublics, and the feminist subaltern counterpublic. This grounding in cultural and spatial theory shaped my emerging identity as an urban historian. In my dissertation I was mapping the terrain that black women both created and experienced.

The spatial and cultural turns in the discipline coincided with the development of urban history as a cohesive subfield. The Urban History Association dates from 1988 and its first biannual conference was not until 2002. I attended that conference in Pittsburgh, and have attended every conference since. The influence of cultural history and theory in these early years is nicely summarized in Timothy Gilfoyle’s paradigmatic 1998 historiographical essay, “White Cities, Linguistic Turns, and Disneylands: The New Paradigms of Urban History.”[1] This essay explored the expanding field of urban history, while resisting the temptation to posit a central theme in the emerging literature. Although the field was complex, Gilfoyle noted the emphasis on culture and the influence of anthropology as a tool to uncover the “discourse of the street.”

For a historian attempting to uncover African American women’s experience in Detroit the dynamism of subcultures, hidden below the formal politics of city hall or organized labor, proved crucial to my analyses. When I was writing about Detroit in the 1990s my primary challenge was to complicate the male proletariat figure so central to the Great Migration literature in African American history. In the Motor City, the dominance of the male industrial worker was particularly totalizing. To view the migration experience through black women I needed to take cultural history seriously. That meant interpreting blues lyrics, spiritualist ceremonies, and the rituals surrounding numbers running, a form of gambling popular during the interwar period. Without understanding the “discourse of the street” I could not have written the book I did.

Like all historiographical trends, cultural history’s centrality in urban history has declined over time. And I have noticed, perhaps as a result, a parallel decline in roughly the last ten years in the number of panels and papers that examine the confluence of women’s history and urban history. Having served as a conference organizer myself this is clearly not due to women’s history papers being rejected, but rather a decline in cultural approaches to urban history that place gender at their center. Instead, recent UHA conferences have focused more on the built environment and political economy. Parsing redlining maps and electoral politics has gained ascendency over searching for subcultures on urban streetscapes.

Returning to Detroit for the 2020 UHA conference has led me to consider what may be missing in our understanding of the city by neglecting cultural history. It seems plausible that the relative scarcity of women’s history, and in particular African American women’s history, is a casualty of this trend. In recent years numerous powerful books have examined black women’s history in American cities, including those by Erin D. Chapman, Cheryl D. Hicks, LaShawn Harris, and others.[2] But these historians generally do not attend UHA conferences, despite the ongoing efforts of board members and conference organizers to be as inclusive as possible. As one example of how these scholars might enhance our understanding of Detroit’s history take Erik S. McDuffie’s claim, in an article about Malcolm X’s mother Louis Little, that Detroit is part of a “diasporic Midwest.” In an innovative move, McDuffie positions the “American heartland” as “a center of black transnational political activism.”[3] This insight makes the 1933 founding of the Nation of Islam in Detroit and the persistence of Garveyism in the urban Midwest central to a broader urban history narrative.

While we may not want to return to invocations of multiple counterpublics, a centering of cultural history, and women’s history in particular, is enormously valuable to the field of urban history. Detroit’s storefront churches, community gardens, and blind pigs are not fully decipherable without this analytical lens. The theme of the Urban History Association’s 2020 conference is “contested cities,” and like Gilfoyle’s essay the call for papers argues that there is not one “urban history or a critical set of urban actors.” This multiplicity can be generative, but if there is an imbalance, a set of actors removed from the streetscape, it is also incomplete. Detroit’s resurgent midtown disguises as much as it reveals. Cupcake shops and craft cocktails turn our attention away from abandoned lots and street lamps with empty bulbs. As urban history continues its growth scholars must pay attention to all its historical actors and bring more cultural historians into the fold. 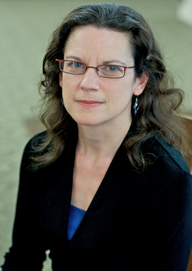 Victoria W. Wolcott is Professor of History at the University at Buffalo, SUNY. She received her Ph.D. in 1995 from the University of Michigan. Her first book, published by the University of North Carolina Press in 2001, was Remaking Respectability: African-American Women in Interwar Detroit. In 2012 Wolcott published a second book with the University of Pennsylvania Press, Race, Riots, and Roller Coasters: The Struggle Over Segregated Recreation in America. In addition, she has published articles in The Journal of American History, The Radical History Review, and the Journal of Women’s History among others. Her current book projects are: Living in the Future: The Utopian Strain in the Long Civil Rights Movement, which explores the role of interracial pacifist communities in the civil rights movement, and The Embodied Resistance of Eroseanna Robinson, a microhistory of a black pacifist woman during the cold war.

NAACP branch office, Detroit, Mich., view showing two men and four women working at desks and membership posters on the wall, between 1940 and 1950, Prints and Photographs Division, Library of Congress

One thought on “Remaking Urban History”

My Tweets
Follow The Metropole on WordPress.com
Join 471 other followers