Editor’s note: In honor of Columbia historian Kenneth Jackson’s retirement, Columbia is holding a two-day conference called “An Urban World: The Changing Landscape of Suburbs and Cities.” Timothy Gilfoyle, interviewed here, will be among the numerous distinguished urban historians participating in the event. It is free and open to the public. See here for details.

The Metropole (TM): Tim, you are former chair of the history department at Loyola University (Chicago), past president of the Urban History Association, and renowned student of urban sex and crime. Your rap sheet now indicates you are the editor of an encyclopedia. You got an alibi?

Timothy Gilfoyle (TG): Thanks for asking. The Oxford Encyclopedia of American Urban History (2019) is an anthology of 92 essays which span American urban development from pre-Columbian settlements to the 21st century metropolis. The essays are by leading scholars including Charlotte Brooks on 20th century immigration, Leslie Harris on slavery, Brad Hunt on public housing, David Schulyer on parks, and Claudrena Harold and Tom Sugrue on civil rights. Ann Keating, Becky Nicolaides, and Andy Wiese have written on suburbs.

TG: Indeed, but we also sought out younger scholars like Tyina Steptoe on African American migrations, Chris Cantwell and Kyle Roberts on religion, Hidetaka Hirota on the nineteenth century, Emily Remus on central business districts, and Adam Shprintzen and the late Cindy Lobel on food and the city.

TM:  Now let me get this straight. You have edited a two-volume 1,700 page printed encyclopedia whose index alone runs almost 90 pages?

TM: Print on paper, suitably retro. But there have been some innovations since Gutenberg. When was the last time you spotted a kid over the age of seven looking at a book rather than a screen?

TG: All of the articles in the printed Oxford American Urban History Encyclopedia are available online as part of the Oxford Research Encyclopedia of American History (ORE), a massive digital project edited by Jon Butler, Emeritus Professor of American Studies at Yale. The ORE, which went “live” in 2014, is a comprehensive and growing resource that systematically maps new research in almost every aspect of American history.

TM: So your Oxford Encyclopedia of American Urban History is part of a much larger body of work?

TG: Absolutely. But keep in mind that urban history is among the most extensive of any of ORE’s encyclopedias.

TM: Since the printed articles are available online, we should be able to access, for example, Tom Sugrue’s  “The Black Freedom Struggle in The Urban North.”

TM: I also wanted to read Harold Platt on “American Urban Planning Since 1850,” but I can only access a summary, not the complete article. 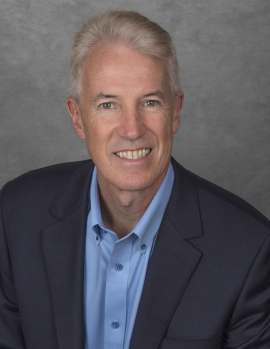 TG: You can’t expect Oxford to give away all the articles in the urban encyclopedia, much less the whole ORE. We have made certain articles accessible so you can see what we have to offer. But to gain full access your library should subscribe to the ORE or at least purchase the printed version of The Oxford Encyclopedia of American Urban History.

TM: What is the case for subscribing to the ORE and how can I get my library to do so?

TG: The ORE gives your library access to hundreds of regularly updated articles by leading scholars, not just in urban but in almost all aspects of American history.

And to nudge your acquisitions librarian, I just happen to have the appropriate form right here.

TM: I can see that the ORE might be a useful way for a college or research library to remain up to date with American historical scholarship, but a subscription might be out of reach for smaller institutions. So how can our readers get their hands on your urban volumes?

TG: The printed Oxford Encyclopedia of Urban History is certainly less expensive than a digital ORE subscription; in fact, when you consider the cost of an average textbook these days, you or your library could readily justify its purchase. Anyone boning up for a qualifying exam in urban studies or putting together a new course in the field would be well advised to have a copy at hand. We also envision the encyclopedia serving as the standard reference for those researching topics in public policy, sociology, and social service. A journalist looking for background on crime, public housing, gentrification, or the effects global warming on cities will find the encyclopedia very helpful.

TM: So we’re moving beyond Wiki. 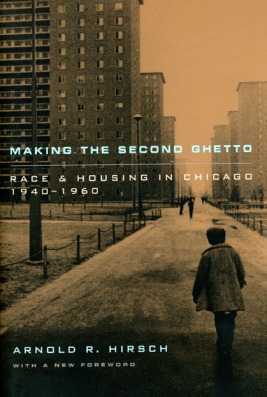 TG: Unlike Wiki, our long-form, peer-reviewed articles are written mostly by individual scholars.   But we wanted the articles to be accessible not just for students and academics but also for general readers. So we cut out jargon and encouraged crisp writing. Each article offers a clear chronological account of the subject and discusses how historians at various times approached the issues. We point out the key primary sources which should be consulted. You rarely find such historiographic discussion in encyclopedias of this kind.  Here then is something quite new and we believe useful.

TM: Assuming you can get the articles online, would the printed version have any advantage over the digital?

TG:  In the printed version you will encounter our famously detailed index with the important pages printed in bold! Old-fashioned to be sure, but helpful, stimulating, and lots of fun. How often do you see entries for “Rapper’s Delight,” Etowah (chiefdom), sex markets, or Richard Linklater’s Slacker? 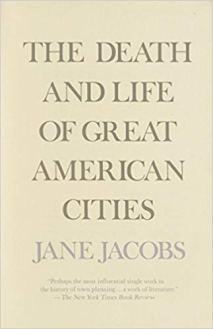 TM: A distinguishing feature of the printed version is that urban history is organized into ten subject areas, ranging from “Varieties of Urbanization” to “The Postwar and Postindustrial Metropolis.” I’ve never seen that before. Why did you choose such categories?

TG: These categories reflect urban history as a field, which ranges as widely as civilization itself. Here we have tried to pull together subjects which have been conventionally separated and organized according to basic chronology. Machine politics, for example, is usually confined to gilded age and progressive era sections of textbook. But in the encyclopedia it is within our “Political Economies” rubric, which includes articles on slavery, tourism, and deindustrialization. “Social Fabric” incorporates articles on religion, education, poverty, and music. Notably, the Museum of Modern Art has just reorganized its permanent collection showing the inter-relatedness of paintings and objects from different periods. Similarly the printed encyclopedia, by breaking down conventional boundaries, seeks to stimulate original thinking.

TM: After putting the pieces together, so to speak, what can you say about the current state of American urban history?

TG: In the first place, urban is not easily defined nor should it be. This has always been an interdisciplinary field and so the contemporary approach to urban history means drawing on articles from foreign relations, science and technology, and economics and capitalism. Today’s urban historian has a growing interest in “cultural history,” which is reflected in an encyclopedia featuring four articles on music, a subject urbanists had once largely ignored. We have seven articles on environmental issues. Previously you saw less interest in those fields.

TM: Younger scholars often worry that they will overlook the latest research, but you must have come across older works which remain essential reading.

TG: Three immediately come to mind. After more than half a century, Jane Jacobs’ Death and Life of Great American Cities, cited over and over again, still teaches how to look at the urban fabric and appreciate the resilience neighborhoods. As to understanding our still troubled “inner cities,” there is no better starting point than Arnold Hirsch’s Making the Second Ghetto (1983). Finally, we know that since the waning of the Middle Ages, residents having been settling beyond city limits.  The master narrative for understanding America’s transit and auto-propelled expansion is still Kenneth Jackson’s Crabgrass Frontier (1985). 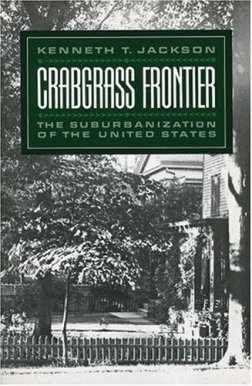 TM: The Oxford Encyclopedia of American Urban History is dedicated to Kenneth Jackson.

TG: As a student at Columbia, he nurtured my love of cities and appreciation of the suburbs. He sent me into the library and into the street. I never got over that.

You know that kid who never looks up from the cell phone? One day that kid may be obliged to look up from the screen if only to complete a term paper. And he or she may find an article in our encyclopedia to move them to take a walk around the block or a jog round the cul de sac. To see, with fresh eyes, the wonder of the neighborhood. That’s what Jackson did for me and what younger urban historians do for others. So the big book is dedicated to him.