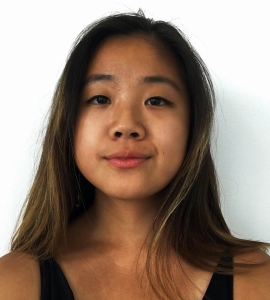 For my senior thesis, I’m researching the myths that emerged around which places were destroyed or preserved in the 1992 Rodney King urban rebellion. For example, why did a McDonald’s at the heart of the violence remain totally unscathed? Why did other apparently beloved community spaces come up in flames? What does this tell us about race relations, historical memory, and understandings of place? I was drawn to this topic reading articles about the murder of rapper Nipsey Hussle, who revived a beloved roller skating rink in south central LA called World on Wheels. From there, I became interested in how different racial and class groups develop different psychogeographies of the same city and in Los Angeles because, as historian Scott Kurashige says, it compels us to think about race beyond the Black-white binary and consider the more complex, intricate ways in which American racial politics operates.

What has been your favorite urban history course so far during undergrad? Was there a particularly formative moment you remember?

One of my favorite urban history classes has been Digital Histories of Crime in the Americas with Robert Karl, a historian of Colombia and Latin America. We began with with pretty standard urban history literature but, as a mostly experimental seminar, it also quickly became a wonderful exploration of the digital humanities, historiography, and the practice and teaching of history. My major formative moment was checking out one of our assigned readings, DASH Amerikan, a project from the University of Virginia’s Scholars’ Lab. They produce a distant reading of tweets by the famous Kardashian family to “discuss their impact on twenty-first century notions of race, ethnicity, class, gender, and sexuality.” I never kept up with the Kardashians myself but, like the scholars on this project, have always thought a lot about what drew so many Americans to this family and, even more so, what kind of criticism was leveled at them as well. It was the first time I understood history as an inherently interdisciplinary practice and how understanding data and algorithms could transform how I thought about cities and history altogether. So basically all our discussions about crime, state surveillance, security, and state memory in Latin American cities became jumping off points for larger discussions of what history actually is and the exciting ways in which it’s evolving to accommodate digital primary sources.

What advice do you have for undergraduate students interested in studying urban history or urban studies?

As an undergraduate, I think my first priority was getting a sense of what history actually is. It comes with practice, but taking courses with an explicit emphasis on methodology made it a much smoother learning process and made me appreciate the many, many ways you inevitably have to draw from other disciplines. My other major advice is study environmental history too! Cities are so interesting it’s easy to continue taking classes centered around built environments, but understanding cities in contrast and connection to the “natural environment” is eye-opening. I became interested in cities because, like many of us here, I’m fundamentally interested in the relationship between peoples and places. Environmental history makes me think about what was lost, sacrificed, and exploited in order to construct cities.

You worked in Frankfurt, Germany last summer, where one of your responsibilities was supporting improvement efforts for the Frankfurt Zoo. Tell us about that experience! Also, if you could be any zoo animal, what would you be and why?

This was a really fun experience! I learned a lot about how regional governance works in Germany – it’s a level of government and urban planning that isn’t common in the United States. For this project, I researched competing zoos across the country – Frankfurt is a major city not only in Germany but in Europe but its zoo was falling massively behind in attendance. Some of my work was presented to the executive director and eventually to the director of the Frankfurt Zoo as well. I did realize coming out of this experience that I was less interested in actually planning and designing cities myself than studying cities as contexts for other major themes, but it was definitely such a memorable summer (my German also improved exponentially, out of necessity!). And – if I had to be a zoo animal, I’d definitely be a baboon – they seem to have the most freedom and space to wander in their habitats!