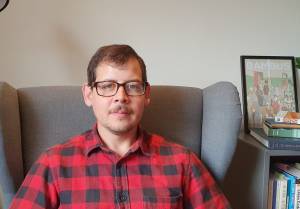 My current research is about the intellectual history of Kenya. More precisely, I study the works of the novelist and political thinker Ngũgĩ wa Thiong’o. I try to reconstruct all the intellectual networks he participated, all his influences, and how he used theses sources to create militant literature and radical political thought. What is in interesting is that Ngũgĩ is not well researched in the academy, especially his revolutionary thought. Ngũgĩ is one of the greatest theorists of an African and third world socialist revolution. How does that get closer to urban history? Ngũgĩ is a city rebel and his novels and political essays believe that the revolution will start within the cityscape of lowlife neighborhoods, in dirty alleys where the oppressed try to survive, in the gray smog of factories, and in shantytowns where the poor exist without dignity. He believes the revolution will happen in the cityscape of capitalist planned cities where the working-class lives. Although he does not despise the peasantry, the urban working class comes first in his revolutionary setting. This theme was always of interest to me because I myself grew in a third world country, Brazil, and I always wanted to understand how intellectuals perceive and understand developing countries and their situations.

Currently I am dedicated to my research full time, although I provide some help to my mentor, the Angolan poet and professor Ana Paula Tavares. She invites me to talk about African literature written in English for her students of Lusophone African Literature. It is a way of providing a broader knowledge of the scenario of African literature in Africa.

I am excited about one particular article of mine that I will send for review. It deals with the history of trade in East Africa. I used a uncommon source, the memories of the Zanzibari caravan trader Tippu Tip, to develop this article. Another thing that makes me excited is preparing my first book. I am turning my master’s thesis into a book for wider audiences. I am working to make the language less academic and more popular while inserting more content and reviewing some conclusions I made. All this production is in Portuguese and I am happy to write in this language because most of the sources are not known in Brazil, Portugal and other Portuguese-speaking countries because they are all in English or French, and researchers of these countries tend to focus on Portuguese-speaking Africa.

What advice do you have for graduate students preparing a dissertation project related to urban history or urban studies?

The first advice is to choose well your topic of investigation. Why? Because I believe you must be in love with your object of research. A higher interest makes the investigation way easier. The second advice I would give is that urban history and urban studies are not just centered around Europe and the U.S., and for that reason I would advice students to look beyond the borders of the developed world. They will find the whole world waiting to be studied and understood. As a scholar of African history, I would say we don’t have enough history of the urban settlements of pre-colonial Africa, nor do we have enough information about the process of urbanization during the colonial period. Another aspect that would be interesting to know is how the proletarianization of the African workforce changed the cityscape of great African cities.

You started a blog – The History Freebooter – this past April. Could you tell us a bit about this project? What has that experience been like so far?

I started The History Freebooter as a way of spreading the knowledge of history while having fun and meeting interesting people (since I am interviewing colleagues in the profession). It was also one strategy to fight my depression. I was in need of activities to keep my mind occupied and far from negative thoughts. For that, blogging was a good activity. My research is taking a lot of my time, so I have not been able to dedicate so much time to the blog these past weeks. But I am looking forward to making more content available in Portuguese.