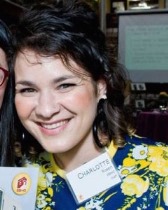 I just became ABD five seconds ago, and so I still feel kind of silly describing my current research since I know its bound to change, but: in the broadest sense, I am researching mass incarceration and penal politics late-twentieth century Pennsylvania. More specifically, I’m interested in the politics of Pennsylvania’s prison and jail overcrowding crises, and the related prisoner-led resistance against the overcrowded conditions and brutalizing logics of Pennsylvania’s prisons and jails.

I felt drawn to the topic for multiple reasons, but one thing that hooked me was the idea that although the post-1960s era was marked by a punitive political order that produced a racialized system of mass imprisonment, this new order did not go off entirely without a hitch: rather, it created an immediate political crisis of prison overcrowding that fueled political debate, litigation, and protest at the state and local level. State prisons in nearly all fifty states were deemed unconstitutional and placed under court orders, as were scores of jails. In Pennsylvania, primarily Black prisoners and their allies fought back against these punitive and overcrowded conditions, and state and local politicians were consumed with the question of  how to reduce prison overcrowding and the political crises that it produced. So I’m interested in how state and local governments responded and adapted to these immediate challenges to the emergent carceral order, which I think holds clues for understanding how the state transformed racialized law and order politics into the more durable carceral capacities necessary for mass imprisonment.

I’m not teaching at the moment, but one of the more transformative and important things I do is tutor with the Northwestern Prison Education Program. NPEP offers course-credit-granting Northwestern classes for students at Stateville prison and shorter, mini-courses for students at Cook County Jail. I’m currently away at archives, but when I’m in Chicago, I go every week to tutor at Stateville. I don’t tutor because of how it relates to my scholarship – I do it because it’s something I care about personally and politically. But tutoring at Stateville and learning from the students there has absolutely shaped how I interpret the documents I’m coming across and how I plan to develop my project’s narrative.

I’ve been unable to put down Saidiya Hartman’s recent Wayward Lives, Beautiful Experiments, which, like all of Hartman’s work, should be required reading for all historians (and maybe just…everyone!). I’ve also really been digging Brent Cebul, Lily Geismer, and Mason Williams’s Shaped by the State, which I already know I’m going to come back to and mark up constantly (#smashtheredbluebinary!!). Simon Balto’s Occupied Territories and Max Felkor-Kantor’s Policing Los Angeles are doing super visionary things with mapping out the history of policing. Anne Gray Fischer’s article on policing and morals enforcement in the JAH and Amanda Hughett’s article on prison grievance procedures and prison organizing in 1970s North Carolina in Law & Social Inquiry are both must reads. In terms of forthcoming books, I’m fan-girl levels of excited about Keeanga Yahmatta’s Taylor’s forthcoming book Race For Profit, and very pumped to read Melanie Newport’s forthcoming Community of the Condemned: Chicago and the Transformation of the American Jail and Stuart Schrader’s forthcoming Badges Without Borders: How Global Counterinsurgency Transformed American Policing.

What advice do you have for graduate students preparing a dissertation project related to urban history or urban studies?

Again I feel kind of silly since I’m still so new to my own project. But I’d say don’t just read in your particular subfield — read fiction, poetry, theory, nonfiction outside your own field, etc. — you’ll be a better thinker and writer for it, and no, it’s not “wasting your time”!  Also, get involved in local government and/or movements in your community if you can (something I’m trying to do more of personally!). As urban historians, we can often help communicate how particular policies that *seem* good or neutral are actually likely to augment harm in a community based on how they are embedded in legacies of white supremacy, xenophobia, and capitalism. In addition to helping build more inclusive and equitable communities, this work will in turn make you better at communicating arcane aspects of urban policy and governance and help you translate those ideas into powerful historical claims.

What is your perfect Chicago day? Where would you go and what would you do?

I’m a big walker — so it would have to include a long, aimless walk along the lakefront. Then, a picnic and swim on the lake, tacos in Pilsen, and beers at Nilda’s Place, a 30+ year old dive bar in West Town where the owners have these adorable chihuahuas, Cosita and Frijolito, who hang out with you at the bar. Oh and maybe a Bulls game at night (but go Warriors….sorry!!).