Cityscape is The Metropole’s twice-monthly shortcut to recent, forthcoming, or overlooked writing, exhibits and film.

The City in Print 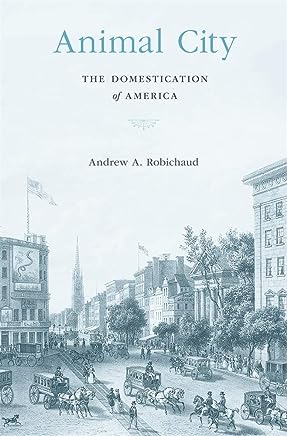 When residents lived in proximity to pigs, cattle and other animals, cities resembled barnyards. No longer. What happened when only the dog (and cat) remained.

When the well-to-do settle in working class neighborhoods what are the costs and benefits?

A French social historian explains how the murderous and melodramatic view of the Victorian slum which stigmatized the poor continues to shape popular culture.

Down and Out in Saigon: Stories of the Poor in a Colonial City by Haydon Cherry. Yale University Press, 2019. Colonization from the perspective of Saigon’s marginalized and dispossessed.

An exploration by a distinguished student of the new urbanism of the historical meaning of “neighborhood” and an inquiry into the possibility of nurturing vital neighborhoods today.

The City on the Web

How The New York Media Covered The Stonewall Riots

By Chad Painter, University of Dayton

How the alternative press, notably the Village Voice, bested The Times in reporting on Stonewall (6/28/69).

A mound 10 miles from St. Louis, once a flourishing city of tens of thousands, disappeared in the 15th century. What happened?

The Woman Who Fought Transit Segregation in 19th-Century New York

Tossed off a whites-only Manhattan streetcar on July 16, 1854, Elizabeth Jennnings not only won a handsome settlement but also the following judgement: “Colored persons if sober, well behaved and free from disease, had the same rights as others and could neither be excluded by any rules of the company, nor by force or violence” (Judge Rockwell, 1855).

Scratching out a living with their privately-owned ambulance, a family races through the nighttime Mexico City picking up the injured and ailing.  Brilliant cinematography from the passenger’s seat.

By The Force of Our Presence: Highlights From The Lesbian Herstory Archive

Letting Loose and Fighting Back: LGBTQ Nightlife Before and After Stonewall

Companion shows celebrating the 50th anniversary of the resistance which burst forth on Christopher Street.

How the auto changed the world.

Poignant, study of Lakewood, the LA equivalent of Levittown, by a life-long resident and former deputy city manager. At once analytical and a moving evocation of suburbia. In 316 paragraph-length sections, it’s a study like no other.

What are you reading, viewing or looking forward to?

Do you want to write a review?

Let us hear from you.