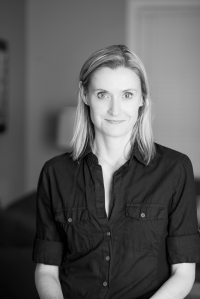 I’m working on a new book that’s tentatively titled The Wickedest City in America: Sex, Race, and Organized Crime in the Jim Crow South. It’s about Phenix City, Alabama, a small city in the southern part of the state that served as the headquarters for a large organized crime network during the first half of the twentieth century. Most people had never heard of Phenix City before the summer of 1954, when a crime-fighting local attorney named Albert Patterson was assassinated just days after winning the Democratic primary to become the state’s new attorney general. The murder inspired a Hollywood feature film and forced state officials to intervene and clean up the city after years of looking the other way. More than 700 people were indicted in the cleanup, including the three prominent public officials charged with Patterson’s murder. One was the attorney general of Alabama. He checked himself into a mental hospital in Texas to evade prosecution, but the highly publicized trials of his accomplices, the deputy sheriff and the circuit solicitor, exposed the sordid details of the city’s long history of crime and corruption and kept Phenix City in the news for nearly a year.

Like most people I have always associated organized crime with urban centers outside of the South, so the revelation that a small city of 20,000 people in Alabama was run by a homegrown mob surprised me. But I only decided to write a book about it when I realized that this sensational murder story was but the ending to larger and more important story about white crime in the Jim Crow South. Generations of ordinary white citizens and elected officials in Phenix City participated in criminal enterprises that ranged from gambling to narcotics to a black market adoption scheme, and they were shielded from prosecution by the same Jim Crow governments that were criminalizing black southerners. The reverence for local control among white supremacists in the South protected criminal regimes like the one in Phenix City from outside scrutiny or criticism. I think this also helps to explain how Phenix City remade itself in the wake of scandal. Newspapers and tabloids called it “Sin City, U.S.A.” and the “wickedest city in America” after the Patterson murder case exposed its secrets, but less than a year after the murder Phenix City received an All-America City Award for the crime cleanup. Everyone wanted to forget what had happened there, and almost everyone did.

I teach both graduate and undergraduate courses on the modern South, race and politics, and crime and punishment, so there’s not much space between what I do in the classroom and what I do at my desk. And I love that. My current research into sex trafficking and illegal adoptions in Phenix City in the 1940s and 1950s inspired a new seminar on modern slavery and human trafficking that I taught last year while I was a research fellow at the Gilder Lehrman Center at Yale. While those students were developing their own research papers, I worked alongside them on my own. That paper ended up being an article that I completed over the summer. In my regular courses, I incorporate new scholarship into lectures and class discussions, but I also do primary source workshops with things I’ve found in the archives. Students seeing those sources for the first time have sharp questions and insights that I incorporate into my research and writing all the time.

What recent or forthcoming publications are you excited about?

The most important piece of advice that I can give to any young scholar is to write a lot and share that work widely and often. Submit to journals and presses, sure, but write shorter essays and op-eds and blogs for the kinds of media outlets and general publications that you like to read. Give conference papers or brown bag talks or lectures even when your work is not yet polished, as scary as that is, and do it with scholars and citizens and policymakers outside of your main field of interest. This is especially important in this challenging job market—a sore subject, I know—because you may discover job opportunities or publishing opportunities that you wouldn’t know about if you stayed in the same lane all the time. And you’re bound to get feedback that you are never going to get if you only share your work with your closest advisors and classmates and colleagues.

Your first book was on the Dixie Highway, the nation’s first interstate highway system. Can you suggest a road trip itinerary that urban historians would enjoy?

Oh, I love this question. Of course I have to recommend at least a portion of the Dixie Highway. Very little of the original roadbed is left, but you can drive much of the original route between Chicago and Miami. Whether you choose the eastern or western division of the highway, it’s a meandering route that will take you through ghost towns and railroad towns and straight through the middle of major urban centers like Indianapolis and Atlanta, so it’s a great way to see how towns and cities were linked in the 1910s and 1920s, when long distance automobile travel was a newfangled concept. Motorists skipped from town to town hoping their cars would get them to the next fueling station or hotel or auto camp before dark. I especially love the route through middle Georgia, where portions of the original roadbed survive, and in South Florida. I’ve never driven the entire thing, but anyone who wants to make a long road trip out of it should call me. If they want to do it on motorcycles, even better.