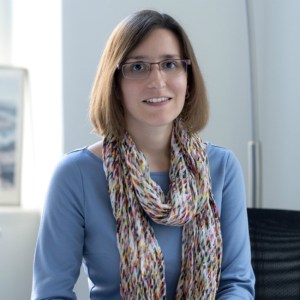 Describe your current research. What about it drew your interest?
My dissertation, “Saving Salt City: Fighting Inequality through Policy and Activism in Syracuse, New York (1955-1975),” uses mid-twentieth-century Syracuse, New York, as a lens to explore the relationship between grassroots activism and federal, state, and local government policies. I aim to uncover the factors that fostered innovative efforts to address social problems in Syracuse–and why these efforts largely failed. Five specific issues dominated community conversations during this time: education, housing segregation, tenants’ rights in public housing projects, employment, and leadership. Examining them reveals that although activists achieved some tangible victories at the local level and even reshaped the realm of possibility in the national political landscape, they were unable to fundamentally alter systemic mechanisms that reproduced inequality and segregation.
I came to this topic in stages. Before starting graduate school, I served as an AmeriCorps VISTA at Kalamazoo Neighborhood Housing Services. In this position, I worked with a geography professor to compile census data on the low-income neighborhoods that my organization served, including the one in which I lived at the time. The people with the lowest incomes lived in the areas with the oldest and poorest housing stock, which was expensive to maintain and potentially had lead paint hazards. Moreover, these neighborhoods were racially segregated. I wanted to understand the political, economic, and social forces that created this situation. My boss assigned me Tom Sugrue’s Origins of the Urban Crisis to read, and it captivated me and inspired me to study urban history.
As I began to think about dissertation topics, my focus shifted to the ways in which these oppressive urban conditions had been challenged by citizens. Syracuse is a perfect entry point into a study of urban social movements. The city had both a robust civil rights movement and two controversial War on Poverty programs that were terminated by the federal government. Using the case study approach allows me to untangle complicated organizational and political relationships and trace individual careers across organizations, capturing nuances that would be lost in a regional or national narrative.
Describe your current work in the public humanities. How does what you are working on relate to your scholarship?
Last November, I joined the staff at Humanities New York as Grants Associate. This necessarily entailed a transition away from the classroom and has made carving out writing time a challenge, but it has been so rewarding. Humanities New York is a state-level, nonprofit affiliate of the National Endowment for the Humanities. Our grants and programs allow organizations around the state to creatively engage their communities using the tools of the humanities. I get to interact with representatives of libraries, historical societies, and quite a few academic departments. It’s all about drawing connections–among organizations doing similar work, from the particular to the general, between historic and contemporary contexts. My academic training definitely helped prepare me for this type of work.
Additionally, through my position I’ve acquired a new perspective on how communities both urban and rural are discussing issues such as economic inequality, race, democracy, and immigration. This has informed how I think about the activists that I study. It helps me appreciate that this type of work is ongoing. The issues at the top of reform agendas in 1967 certainly resonate fifty years later. On the other hand, we need to understand the specific factors that inhibited groups from achieving their goals in the twentieth century in order to move forward in the twenty-first.
What recent or forthcoming publications are you excited about, either of your own or from other scholars?
Elizabeth Hinton’s From the War on Poverty to the War on Crime: The Making of Mass Incarceration in America and Heather Ann Thompson’s Blood in the Water: The Attica Prison Uprising of 1971 and Its Legacy are both incredible books that shine new light on the history of the criminal justice system.
What advice do you have for graduate students preparing a dissertation project related to urban history or urban studies?
Although it can be daunting when time is so precious, seize opportunities to share your work with community members outside of academia. Consider partnering with a community organization on a humanities project. The results will most likely be unexpected but exciting.
You have done a lot of public history and teaching in the community. Would you share one of your favorite memories of doing this work?
During the 2016-2016 academic year, I was a Public Humanities Fellow with Humanities New York. Each fellow proposes and implements a public-facing project. I worked with the Southwest Community Center in Syracuse to offer a camp on local human rights history last summer. I received a Humanities New York Action Grant through my history department to make the project happen. Eleven young women between the ages of ten and thirteen participated, and I had an amazing co-teacher and assistant. We went on a field trip every day. The best trip was to Harriet Tubman’s house and gravesite in Auburn, New York. The students were amazed that Tubman’s home had been preserved and was not a replica. Harriet was a role model and hero for them, and they were excited to learn more about her legacy. At her gravesite, they spontaneously gathered around the marker and bowed their heads in prayer. History can impact us in profoundly personal ways, and I was fortunate to share that experience with the campers.

My Tweets
Follow The Metropole on WordPress.com
Join 478 other subscribers