In 1933, the visionary designer Charles Eames absconded from St. Louis to Mexico, in an effort to “[take] stock of and ultimately [change] his approach and situation in life,” notes his grandson Eames Demetrios. Charles spent about ten months traveling in San Luis Potosi and Monterrey, now and then dipping into more rural areas of the Mexican countryside. He got by doing occasional manual labor and selling sketches and paintings for sustenance. When he returned, in 1934, he brought with him numerous depictions of churches and vistas, which so impressed his fellow Midwesterners that the St. Louis Museum deployed them as an exhibit; much of this art work later appeared in the color rotogravure section of the St. Louis Dispatch. Clearly, as one friend confided, Eames ate up “the visual culture of Mexico, the colors and textures, and all the materials things that one has there to see.” His Mexico trip remains, according to his grandson and biographers, a moment of demarcation in his personal and professional life.[1]

While I would never compare Eames’s apparent Mexican epiphany with my own recent experience in Mexico, a trip to the nation’s capital can surely inspire even the most quotidian of us.

Five days in Mexico City put myself, to quote Raising Arizona, in “the proverbial catbird seat” of life. The food, the neighborhoods, and the history combined to create a vibrant atmosphere. The walking paths that extend down the middle of Mexico City’s numerous boulevards — populated by joggers, dogwalkers, and others — allow for moonlight strolls and morning constitutionals. Numerous parks dot the city as well. The mix of colonial architecture and hyper post modern monstrosities simultaneously emphasize the city’s history and modernity. It might be sinking several inches a year, but its international esteem seems to only treble annually. 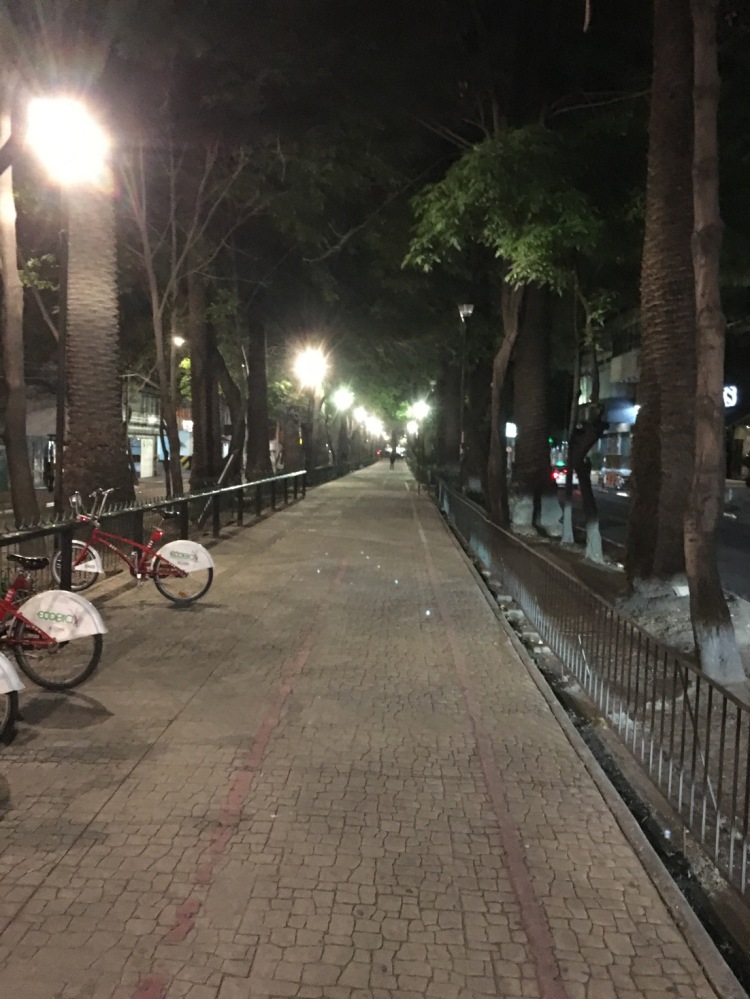 District Federal (Distrito Federal more accurately), or the DF as Mexico City is often referred, remains one of the truly great cities of North America. I know Georgia State’s Alex Sayf Cummings (ASC) recently compared the DF to New York City but I have to respectfuly disagree and suggest Professor Cummings might be guilty of a touch of East Coast bias. Mexico City reminds this former SoCal resident of Los Angeles. Sure, it’s less racially diverse and has existed as an influential metropole for much longer, but the flora, the spatial layout, and the weather all scream Los Angeles. Besides, L.A.’s preponderance of Latin American residents juxtaposes neatly with the DF’s own brimming reserve of Central and South American citizens.

Nor is it all about the now. You can visit pre-Aztec ruins; Teotihuacan is not more than 90 minutes outside the city, where one can climb the intimidatingly tall steps to the top and take in the majesty of what is considered the lesser of ancient ruins located in Mexico. Of course, some of this will depend on your tour guide. Mine believed in numerology and kept trying to convince his skeptical audience that the Mayans and Aztecs predicted Jesus Christ, Hitler, and the atomic bomb.

Still, for an American, the nation’s emphasis on its indigenous heritage offers an insight into the United States’ own shameful history of the same. Granted, most North American Native Americans did not construct the kind of awe inspiring cities that their Meso American counterparts did, but the most indigenous peoples in the U.S. get are the occasional Kevin Costner flick or a film like The Last of the Mohicans in which a white guy adopted by Native Americans serves as the film’s protagonist. Sure, you get the once-in-a-blue-moon Smoke Signals (1998), but even 1992’s Thunderheart featured a very white Val Kilmer as the hero. In any case, I’m getting off the subject. Mexico embraces this history, or at least it does to a much greater extent, which is still miles and miles ahead of its neighbor to the north.

To be fair, this was not always so. When the aforementioned Charles Eames showed up in one Mexican town with a book devoted to pre-Columbian art, the local police locked him up. The book depicted the nation’s “primitive” phase and insulted the general body politic, the police informed him. Though Professor Cummings correctly notes that inequalities remain, to some extent this dynamic has clearly changed over the ensuing decades.

We checked into the very designer oriented Condesa DF and stayed five nights and four days, using it as a central node for exploration of the city. While it had a great rooftop bar (if you happen to be in the DF, definitely check it out for drinks/eats), the rooms were small and apt to bleed noise. One night the room adjacent to ours had an all out drug-induced shindig (or it at least sounded drug-induced; I have no evidence and need none in the game of conjecture).

Needless to say, sleep was not to be had and much resentment harbored by this writer. The next night they were filming some sort of interview/video and asked that all the floor’s peons hush. That said, very cool layout, solid breakfast and so on. From CDF, we branched out to various sites around the city ranging from Frida Kahlo’s crib to Leon Trotsky’s surprising large abode nearby (judging from the mural pictured below in the photo essay, Trotsky loved big butts on the level of Sir Mix A Lot; note also PRI scrawled into his forehead).

In the hipsteresque neighborhood Roma, we visited the Museo del Objeto del Objeto for a pretty great exhibit dedicated to Mexican wrestling. 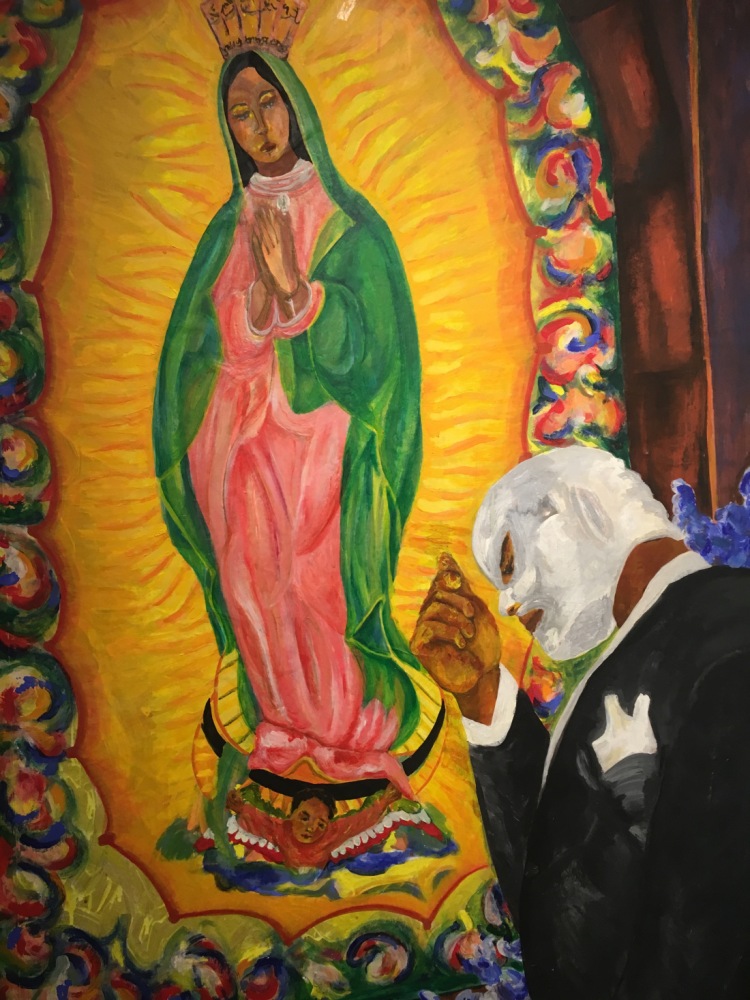 I could go on, but I’ll spare you the commentary. As an addendum to Cummings’ recent photo essay, the Metropole would like to provide a second opinion on the DF, one that doesn’t stray too widely from ASC’s take but offers some different scenes and commentary from the ancient city.

Trotsky before the Stalinist ice pick

Totally checked out Frida Kahlo’s blue house but regrettably they charge money for photos — not that much but my inner miser pretty much always kicks in during those moments. Still, definitely check out her home, very cool part of the city as well, Colonia de Carmen section of Coyoacan.  Plus, it just so happens a certain Soviet exile lived just around the corner.

The National Museum of Anthropology is pretty dope 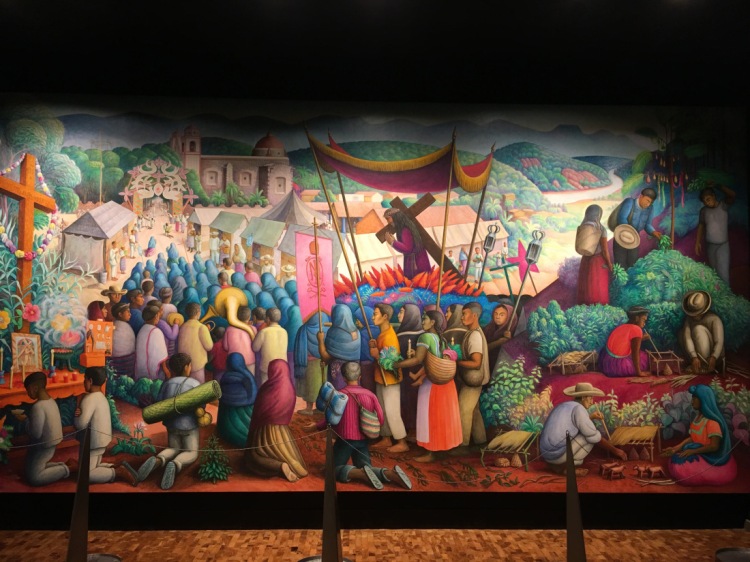 Writing in The Mexico City Reader, José Joaquín Blanco described the Roma neighborhood as having “fallen on hard times.” In the 1950s, Roma had an air the aristocratic but by 1979, “despite the persistence of a handful of antique, emblazoned apartment building and mansions”, its famed Avenida Álvaro Obregón proved little more than a “seething track of people and vehicles between hotels, baths, trade academies, gyms, taco holes, and luncheonettes, cantinas, Chinese cafes, and all manner of stores…” Yet, for the most part, today, Roma falls somewhere in between those two poles: it’s aristocratic buildings refurbished, sometimes transformed into small museums or hipster enclaves; the dizzying, incoherent businesses more organized and middle class than Blanco’s depiction of the neighborhood.

The best of the rest 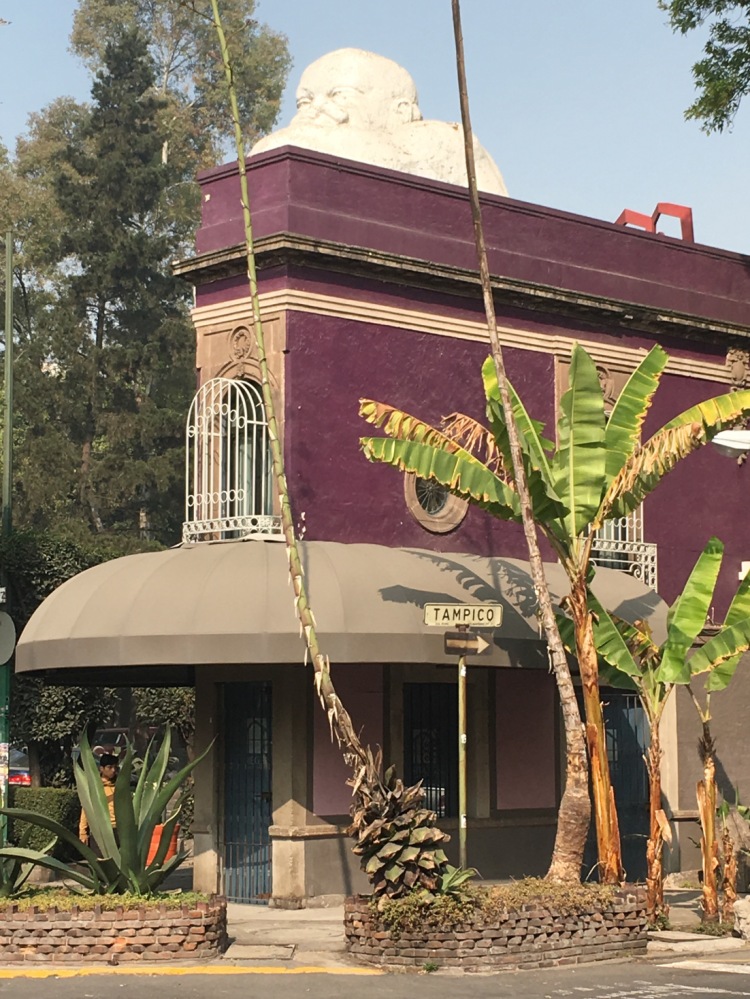 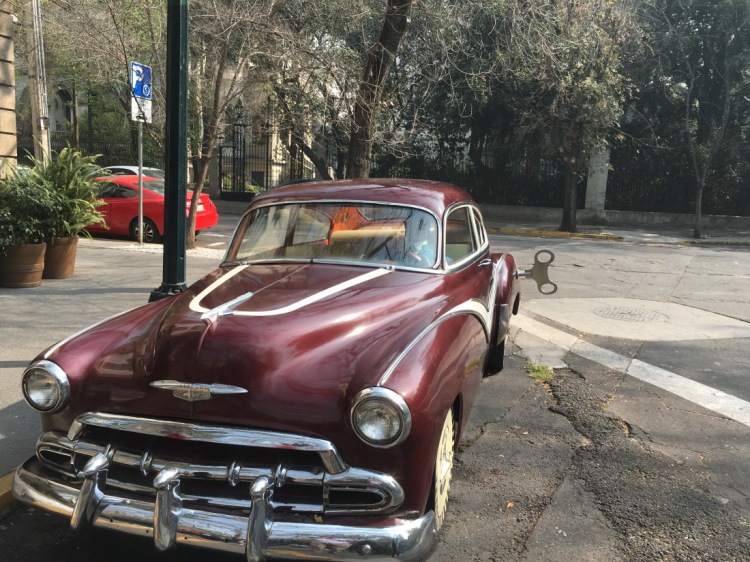 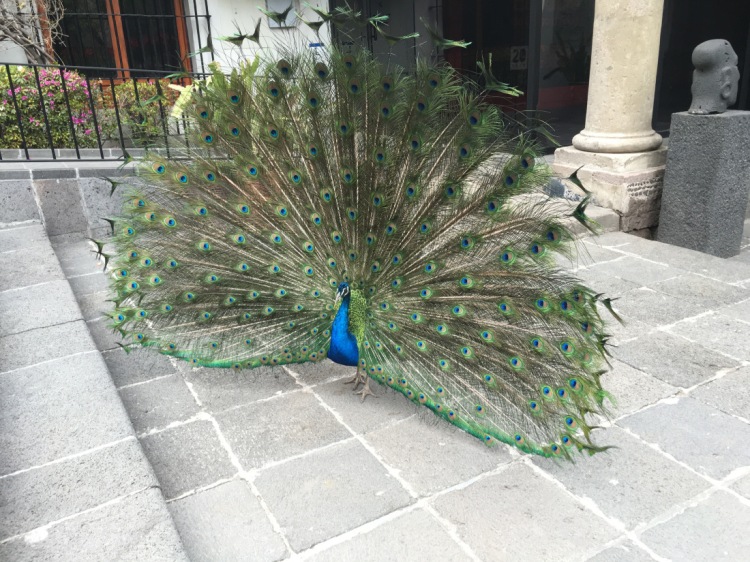 3 thoughts on “Metropole Travelogue Part II: The DF in the Rearview Mirror”

My Tweets
Follow The Metropole on WordPress.com
Join 472 other followers