By 2015, Chicago had become a symbol of the broken relationship between Black communities and the law enforcement apparatus. Outrage over the massive police cover-up of Laquan McDonald’s killing was only trumped by a major exposé on the Chicago Police Department’s off-the-books black site at Homan Square, where marginalized citizens of color were stripped of their constitutional rights and subjected to Guantanamo-styled interrogation tactics. Scholars and critics quickly pointed out that such horrid police actions were not incidental but in fact institutional: a racialized law and order apparatus firmly ensconced in the mid-twentieth century wars on Crime and Drugs. And now Simon Balto’s fascinating new book, Occupied Territory: Policing Black Chicago from Red Summer to Black Power, steps into the fray. Occupied Territory pushes us to consider whether the federal government’s draconian and racist policy wars were the beginning of a new carceral way of life or were largely the result of the federalization of pre-existing local policing practices from decades earlier. Balto situates the origins of a “long history” of what we now call the carceral state within the local story of Chicago.

With scrupulous archival detail and sharp analytic focus, Occupied Territory shows how Chicago’s “powerful carceral machinery,” which present-day Black communities condemns for its under-protection and over-policing, was built in the early twentieth century. Federal and state lawmakers fashioned carceral policy but Balto reminds us that it was the police who decided how and when, and perhaps even more importantly, when not to enforce the law. In a machine party town like Chicago, this expansive amount of local discretion had profound consequences, especially for African American communities. Balto displays Chicago’s catastrophic 1919 race riots as a key touchstone. The CPD unleashed white marauders while exerting stop-and-seizure practices on Black communities where, with the help of organized crime, police contained Chicago’s vice during Prohibition. He exposes the Depression-era “Red Squad’s” terror tactics of third-degree torture to criminalize both poverty and radical organizing. Balto goes on to detail police officers’ callous inattention to white violence when Black residents fought to integrate neighborhoods while oversaturating Black neighborhoods as if white people did not commit crimes.

What I found most intriguing was Balto’s interrogation of the CPD under reform icon Orlando Wilson. Here, Balto exposes the limits of political liberalism. He points out that most endorsed Wilson’s anti-corruption approach to police professionalization, centralized authority, and data-based surveillance. However, Wilson’s focus on crime statistics could not account for a history of targeted policing and racially-selective enforcement. So, what appeared to be a value-neutral systems approach produced an even more aggressive policing regime in Black neighborhoods while offering no metrics, and hence no remedies, for police harassment. Unsurprisingly, Wilson had little patience for the civil disobedience of Chicago’s freedom and Black power activists; his metrics worldview saw not democracy in action but only a threat to civil society. Balto makes clear that Chicago’s most celebrated period of police reform came with “the institutionalization of its greatest racial repression.”

Throughout, Occupied Territory also showcases prophetic Black visions of policing. Community demands for more Black police go back to the 1920s but culminated in the pioneering Afro-American Patrolmen’s League and their “Black Power Policing.” After World War II, Black Chicagoans took hold of the global human rights discourse to link Hitlerism with local policing practices and to instigate a series of grassroots campaigns towards what they called “The Fight for Freedom.” After the police assassination of Black Panther Chairman Fred Hampton, both radical and traditional organizations called for a broad, but not always unified, vision of community control.

By following the sources, Balto is able to capture a nuanced Black approach to policing that combined tougher enforcement of violent crimes with a redirection of police budgets toward social investment. Therefore, I wonder why he did not more directly engage Michael Fortner’s controversial charge that some African Americans’ calls for a “tough on crime” policy regime paved the way for today’s era of mass incarceration.[1] Balto rightfully takes traditional Black organizations to task, pointing to the dangers their respectability politics posed to their quest for equitable policing. But where were the white liberals in this story beyond Orlando Wilson? What was the ACLU’s stance on racialized police terror in the 1930s? How could the rise of private policing at the University of Chicago help us further understand liberal approaches as not simply indifferent but also quite active in producing the racial logic of policing? Notwithstanding these modest queries, Simon Balto has produced a major work of history, forcing us to reimagine the political geography of the carceral state in ways that will be essential for any transformative and more just future. 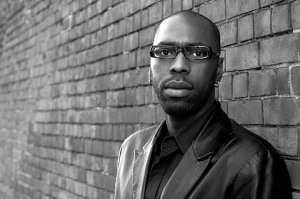 Davarian L. Baldwin is the Paul E. Raether Distinguished Professor of American Studies at Trinity College (CT). He is the author of Chicago’s New Negroes: Modernity, the Great Migration, and Black Urban Life (UNC); the co-edited volume (with Minkah Makalani) Escape From New York: The New Negro Renaissance Beyond Harlem (Minnesota); and the forthcoming In the Shadow of the Ivory Tower: How Universities are Plundering Our Cities (Bold Type Books). Baldwin is on the editorial board for the Journal of Urban History and also serves as an OAH Distinguished Lecturer.

One thought on “Building the Chicago Police State: A Review of Occupied Territory”