On Wednesday, November 4th, 1914, Henry Goldfogle was triumphant. It was the day after the election, and the seven-term Democratic Congressman from Manhattan’s Twelfth District had just received the results: a smashing victory of 4,944 votes to his Republican opponent’s 1,133. The three-month campaign season leading up to the election had been trying, but Goldfogle and his Tammany Hall backers had decades of experience campaigning among the disparate populations of the Twelfth District. Despite the shifting demographics of the neighborhood, and Tammany’s increasingly tarnished reputation, it seemed that the Democratic Party retained its hold on the support of the Lower East Side.

But something was wrong. In the final tally of Republican and Democratic votes, nearly 6,000 votes were unaccounted for. Gradually, election counters realized they had made a serious mistake. Goldfogle, with his 4,944 votes, may have had a vast lead over his Republican opponent, but the real winner of the election was neither a Democrat nor a Republican. With 5,808 votes, the new Congressman for the Twelfth Congressional district was Meyer London, a lawyer and labor organizer best known for his participation in the 1910 Cloakmaker’s Strike, and a candidate from the Socialist Party of America. This was only the second Socialist Congressional victory in United States history, and the first in New York City. The New York Times reported, “So little attention was given to him [London] on Tuesday night that in tabulating the returns, his candidacy was overlooked…when it became known that London actually had beaten Goldfogle the Socialists turned loose and gave him a big reception.”[i]

The men who elected Meyer London lived in a small corner of the east side of the island of Manhattan, close enough to walk easily to the riverside or to the garment factories at Union Square. It was the most densely populated part of the city, which made it the most densely populated part of the state, and of the entire country. It was also home to the highest percentage of non-naturalized immigrant “aliens” in the city. Of the 83,847 men and women who lived in the Fourth Assembly District, 41,404 were not naturalized.[ii] But despite their legal status, these new New Yorkers found ways to make their voices heard in elections that were meant to exclude them from the governance of their own city.

The neighborhood where Meyer London campaigned in 1914 is part of what New Yorkers today would call the Lower East Side; in 1914, they called it the lower east side, the East Side, the Jewish East Side, or simply, the Ghetto. To the people who lived there, it might not have seemed like one neighborhood at all, but a series of interlocking ethnic enclaves: the Galician Jews in their community between Houston and Grand Street, Hungarian Jews above Houston but below the Italians, the Russian Jews below Grand, the Poles and the Ukrainians further north around Tompkins Square Park, and dozens of other self-identified groups scattered throughout the area.[iii] The blocks comprising the Twelfth Congressional District were home to large German, Galician, and Lithuanian communities, and many of the district’s inhabitants primarily spoke Yiddish.[iv]

The people of the Lower East Side showed their interest in the election, and their support for London’s candidacy, in true American fashion: through their money. From September to November of 1914, the Local New York Campaign Fund of the Socialist Party ran an extensive fundraising campaign on the Lower East Side.[v] “The War of the Classes, like any other war,” wrote the Campaign Fund in their September fundraising letter to the Lower East Side, “needs three things; and those are—money, money, and then some more money!” In those three months, the Socialist Party received $1,704.08 from the people of the Lower East Side; in today’s money, almost $29,768. These donations trickled in in dollars and cents, rarely exceeding five dollars at once. In September, the Fund raised $290.61, and in the next week alone they raised $334.79. This was not enough. Following the first week of October, Local New York sent out a letter to their subscribers detailing their fundraising and delivering a plea: “Local New York has spent for leaflets alone more than the above amoung (sic), but not having the money we had to go into debt…Comrades and friends are therefore requested to send in their contributions now. Now is the time we need the money.” Either this request worked, or consciousness of the election was growing, because by the end of October the Fund had raised an additional $389.81, and, in the first week of November, another $492.02.

Most of the donors to the Fund were individuals living on the Lower East Side, the vast majority of them of German and Russian descent. Almost no individual gave more than once. Very few individuals gave more than a dollar at a time, but adjusted for inflation, a dollar in 1914 is equivalent to 24 dollars today—no small donation for one of the poorest parts of the city. Average donations in the first week of October and the first week of November were higher than the averages at the end of September and October, suggesting that individuals who gave more, gave at the beginning of the month, perhaps just after they’d been paid. Contributions to the Socialist Party seemed for some to be important enough to warrant a one-time donation of a significant amount, an amount possibly marked out in a monthly budget. The fact that married couples often donated together further suggests that donating could be a household act, and that support for the Socialist Party was perhaps seen as an investment in a realistic future, not an electoral pipedream.

Donating to the Socialist Campaign Fund was frequently a communal act. Some of the amounts donated appear to have been taken up by collection at places of work, or in social clubs. Victor Koenig, a 42-year-old German-born artist working at the Cooperative Press, passed a hat around at his office and sent in $2.75. The German Branch of the Socialist Party donated back the surplus from their picnic in September, a total of $3.25. The largest sums raised by the Campaign Fund were overwhelmingly donated by community organizations. These ranged from branches of the Socialist Party affiliated Arbeiter Ring, who regularly gave between five and ten dollars, to trade unions such as the Carpenters Local #309 ($25 in September), to groups like Jewish Cremation Society #1 ($1.60 in late October). In total, the Campaign Fund on the Lower East Side received $380.23 from 34 community organizations, an average of $11.18 per donation. The single largest donation to the Campaign Fund came from the Jewish Daily Forward, which in November gave $200 collected from readers and supporters.

The story told by these dollars and cents, collected from household budgets, picnic surpluses, and passing the hat around the office, is one of intense political interest in the meaning of London’s candidacy. The fundraising is doubly important because so few of the people living in London’s district could vote in the actual election. For the disenfranchised, donating a quarter to London’s campaign fund was one of the only concrete ways to make their voices heard in the American political process. But instead of recording their names on the voter rolls, where a Rockefeller was equal to a Rodzinski, these immigrants had their voices weighed according to their money.

Is the story of campaign fundraising on the Lower East Side in 1914 simply a story of disenfranchised voices pushing back against a system that would silence them to elect a government that met their needs? Perhaps at first glance—but meditate on it a moment more. Invested in their futures and desiring change in their worlds, these immigrant Lower East Siders wanted to claim their voices in the political system. But instead of the unadulterated power of the vote, they were made to settle for an unequal voice based on their earning power, their family situation, their budget. These campaign donations represent, at best, a strong desire for political engagement diverted from the path of official power to the only channel that in the United States has no obstructions: money. They were allowed to place a bet on their futures, but not to shape them directly. Using what means they could, these immigrant New Yorkers helped to bring a Socialist government to the city they inhabited. How many more votes would the Socialist Party have gotten if the franchise was expanded to all those whose life the government touched? The record of the fundraising rolls is a record of a lost Socialist electorate, a phenomenon as relevant now as it was in 1914. 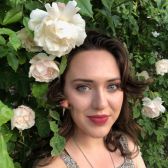 Natalie Behrends is working on a PhD in global labor history at Harvard. She’s interested in uncovering and describing the world of the workers of the world in the late nineteenth and early twentieth century, focusing on global networks of radical exchange in Polish, Yiddish, German, and Spanish. Previously, her work has focused on questions of migration in the Socialist Party of America. She received her Bachelor’s in History from New York University.

[ii] This and all population data, unless otherwise noted, is based on the 1915 Census of the State of New York.