We all tell ourselves that we do what we do, whatever it is one does, because we derive some level of satisfaction from said vocation. We don’t do it for glory or fame (or even a modest twitter following, I mean if we pick up a few followers in the process is that so wrong …), but rather in knowing as historians we’ve contributed something to a larger body of work far bigger than us. That said, who doesn’t love a dope comment about their work now and then? So consider the 2018 UHA Awards, the flyest of comments on some of urban history’s freshest work (and apparently this announcement is a clearing house for 1990s slang).  Check out the deserving winners below!

Elizabeth Todd-Breland, A Political Education: Black Politics and Education Reform in Chicago since the 1960s (University of North Carolina Press, 2018).

A Political Education provides a nuanced and compelling history of Black communities in Chicago and their political confrontations with the education system in the late 20th and early 21st centuries. Todd-Breland details the community-based strategies by which Black activists, teachers, parents, and students contributed to overlapping movements – often led by women – for desegregation, community control, independent Black educational institutions, and Black teacher power. Written and argued with sparkling clarity, A Political Education highlights the decentralization of the school system during Harold Washington’s mayoralty, and the neoliberal reforms that accelerated in the years after his death. Broad archival research and an array of oral history interviews render this work both analytically sophisticated and narratively rich. By locating racialized disinvestment and community organizing at the roots of contemporary education reform, Todd-Breland provides a usable and necessary history of the ongoing neoliberal turn in education – one in which enduring inequality both exposed and sharpened the divides within Black politics and across our racially segregated cities. A Political Education places Chicago at the center of the conversation on national education reform, and reveals the persistent power of Black politics and activism at the turn of the 21st century.

In a fresh treatment of an under-appreciated aspect of growth liberalism, Building the Ivory Tower explores how universities contributed to the reproduction of power and privilege in America. In his elegant and persuasive book, Winling explores in five richly drawn examples how as universities matured nationally and internationally they on the one hand benefitted from federal largesse and on the other, adopted expansive mandates that often conflicted with the interests of local communities. At Ball State in Muncie, Indiana, Winling exposes the links between the philanthropy, urban growth, and the emerging racial, class, and economic geography of the industrial city. The University of Texas reinforced Austin’s legacy of metropolitan segregation by developing a suburban research campus. In the Windy City, officials at the University of Chicago were influential proponents of slum-clearance and urban renewal. At the University of California, Berkeley, this spatial ideology faced opposition from a radicalized student body that allied itself with community interests. Political retrenchment in the 1980s and 90s, however, set the stage in Cambridge, Massachusetts, for Harvard and M.I.T. to fashion a city for the “Creative Class,” introducing new and sophisticated forms of land-grabbing and gentrification. In all these cases, readers are guided by Winling’s meticulous research and fluid storytelling in an indispensable book that inspires an unflinching consideration of the university and city nexus in our own backyards.

Emotional Cities is a highly innovative, parallel study of societal accounts of urban change in Berlin and Cairo in the late nineteenth and early twentieth century. The study employs a ‘history of emotions’ framework to examine the parallel but distinct ways intellectuals in both cities wrote and theorized about urban change. In examining two cities rarely juxtaposed with one another but with intellectual connections, Prestel disrupts regional and imperial frameworks and Eurocentric hierarchies of urban modernity. Parallel chapters examine the relationship and paradoxes between the discussions of rationality and morality among new urban middle-class men and the rise of romance and prostitution in both cities. They also examine the thrill of the street and new entertainment districts, seen to symbolize the loss of control and rationality in Berlin and Cairo. Emotional Cities examines calls to relocate to the ‘calmness’ of the suburbs and physical exercise, and thus an ‘authentic’ national culture, as an antidote to the frenetic, cosmopolitan energy of Berlin and Cairo. In short, this book skillfully combines the methodologies of global history, urban history, and the history of emotions to enrich all three fields.

Di Wang, The Teahouse Under Socialism: The Decline and Renewal of Public Life in Chengdu, 1950-2000 (Cornell University Press, 2018).

The Teahouse Under Socialism is a captivating account of the way in which broad political changes are manifested in small urban spaces. Here, the Chengdu teahouse becomes a microcosm of the impact of the new Soviet-style state on Chinese society in the Mao era and the broad changes in public and economic life in the Reform era, indicating both a loosening of state control as well as the persistence of the socialist state up to the present. With its focus on Chengdu, the capital of Sichuan province, Di Wang moves us away from the focus of much of English-language Chinese urban studies on Shanghai and the coast to the interior, to examine an industrial, inland city that was also a key site of political contestation for the Chinese Communist Party in the postwar period. This is a deeply-researched and trans-disciplinary study, making use of anthropological and sociological techniques and theory, that draws on various municipal sources, newspapers, diaries, and personal records, along with the collection of personal stories and oral histories of teahouse culture. In short, The Teahouse Under Socialism makes a valuable contribution not only to Chinese and global urban history but to our understanding of civil society and the public sphere in non-Western contexts. 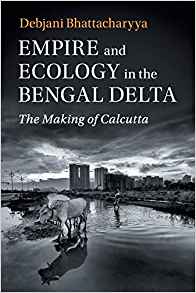 Debjani Bhattacharyya, Empire and Ecology in the Bengal Delta: The Making of Calcutta (Cambridge University Press, 2018).

Arnold Hirsch Award for Best Article in a Scholarly Journal, 2018

In “Making Motherhood a Felony,” Andrew Pope describes how in the era of massive resistance white Louisiana legislators used suitable home laws to punish African Americans for civil rights protesting, exercising voting rights, and trying to desegregate schools – and in particular by inflicting economic pain on poor black women and their children. Using painstaking archival work to reveal their efforts and find their voices, Pope explains how black women mobilized politically in ways that forced reluctant allies to join their cause. Their extraordinary efforts in New Orleans resulted in a ban on suitable home laws and influenced national debates on the issue, including in a subsequent case more than a thousand miles away in Newburgh, New York. “Making Motherhood a Felony” zooms in on everyday struggles at the micro-geographic level of apartments and streets and offices and partitions to tell a much broader story about urban America. Pope’s article is a powerful and moving depiction of urban people and their astonishing resilience in the face of grinding poverty and official hostility.

Andra Chastain’s “Vehicle of Progress” offers historians a fresh and sophisticated model for understanding the history of urban transportation. This elegantly-written dissertation uses the construction of the Metro in Santiago, Chile, as a vehicle for understanding how political history manifests at the national, city, and neighborhood levels. Her work in producing this project involved not only extensive archival and oral history work but also the development of the first overall history of the Santiago Metro. A series of diametrically opposed regimes governed Chile between 1965 and 1989. Chastain roots their shifting views of how to continue building Santiago’s Metro in their ideological and political commitments and traces what these differences meant for the system’s workers and riders. Transportation is a tried-and-true subject in urban history, but Chastain gives it a new spin by emphasizing the transnational elements of the Metro’s construction. Her narrative of the relationship between Chile and France in the design and completion of the Metro provides a different point of reference from which to view the Cold War. Chastain’s conception of technopolitics, how infrastructure both unites and tears apart the physical city, is compelling and fresh.