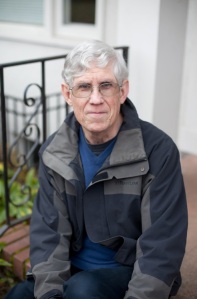 I’m currently working on City Planning: A Very Short Introduction, an entry in an Oxford University Press series which tackles broad topics in 35,000 words [!]. I’m drawing on thirty-plus years teaching in our graduate urban and regional planning program and I like the challenge of figuring how to cover a big topic in limited space.

My other writing at this point examines ways in which urban history illuminates cultural products like novels and films, and vice-versa. An example is how the contrasting character of Northeastern and West Coast suburbs is expressed in the TV shows The Sopranos and The Rockford Files and in novels by John Updike, Richard Ford, and Douglas Coupland. A recent article in the Western Historical Quarterly explores the way that Octavia Butler’s upbringing in Pasadena affected and was incorporated into her science fiction.

I am fully retired, after a couple years of part time teaching on the glide path to full touchdown. I remain involved in public history. I have several presentations to different community groups on my schedule and serve on the board for the online Oregon Encyclopedia. I also contribute short articles and reviews to web-based publications that deal with history, literature, and urban issues—CityLab, Los Angeles Review of Books, Public Books, Public Domain Review. I haven’t figured out how to be an effective participant in the twittersphere, although I’m jealous of those historians who have found the knack. .

I’ve been serving on a book prize committee for a major historical association, which has added close to a hundred books to my reading list in recent months. Given my interest in cities in western North America, I recommend Beth Lew-Williams, The Chinese Must Go: Violence, Exclusion, and the Making of the Urban in America, and Julian Lim, Porous Borders: Multiracial Migration and the Law in the U.S.-Mexico Borderlands. Both books use the social history of western cities to illuminate national debates about immigration and race, showing how urban history is integral to national and transnational history (something my mentor Richard Wade kept telling his students fifty years ago).

Urban historians should make friends with geographers, learn some basic GIS, and take courses in policy research methods. Much discussion of non-academic careers for historians focuses on closely related areas like museums, archives, and historic preservation. Urban historians with social science and policy research skills have a wider range of options in government and think tanks jobs that should not be automatically ceded to economists.

What do we have to look forward to as emeritus/retired scholars? What are the pleasures of the later stages of a career?

The standard answer is that you can do what you want, which is true. It has given me the time to pursue short-form writing in which editors substitute for peer reviewers. Retirement is also allowing me to more fully develop a late career in science fiction studies, resulting in several articles and in Imagining Urban Futures: Cities in Science Fiction and What We Might Learn from Them (just translated into Chinese, I’m pleased to say). Of course, the freedom to take a week or two off from a drippy Portland January to work at the extremely pleasant Huntington Library is a bonus.