In 1850, Sacramento became a city…at least on paper. At the start of the decade, Sacramento was without much of what defines a city (and Sacramento in particular). It had no flood or fire control, no police, no jails, no state capital, and no railroads. Among the city’s hundreds of structures there were no libraries, museums or schools, and only a single church building had been erected.[i] But over the ensuing decade, the ephemeral, uncultivated city became rooted and established, not through success, but through disaster — through innumerable fires, floods, epidemics and upheavals. Sacramento’s response to the trials of the 1850s would earn it the appellation “Phoenix City.” And it would emerge from the ashes as a great “City of the Plains,” a hub of government, transportation, trade and manufacturing.

In 1850s California, cities were built overnight and disappeared just as quickly. This was especially true in the Sacramento area, where all manner of little settlements competed for Gold Rush money. Some, like the “paper” town of Boston, located north of the confluence of the Sacramento and American Rivers (today a little south of it) laid a street grid and found their way onto maps of the period, but never really materialized. Others, like the town of Hoboken, served their brief purpose before vanishing. This makeshift town formed on high ground during the flood of 1850 at the present-day site of Sacramento State University. During a major 1852-1853 flood, Hoboken grew into a full-fledged city. Scores of advertisements for Hoboken businesses appear in Sacramento’s Daily Democratic State Journal from 1853. It was served by several steamers; featured hotels, saloons, and dozens of stores; and even elected a mayor. But the city departed with the waters a few months later.

Sacramento’s status as the chief city at the confluence wasn’t a foregone conclusion. It competed primarily with Sutterville, but also Fremont, Washington (first called Margaretta, and today West Sacramento) and many other small settlements fashioned by the “golden wand,” but lost to time and misfortune.[ii] While the antagonism of rival towns placed pressure on the city to prove its eminence, disasters tested its fortitude.

Sacramento’s first real test was a cholera epidemic that hit in the fall of 1850. Steamboats served as traveling incubators of the disease, and the port cities would eventually trace the plague’s arrival to steamers bound for San Francisco and inland cities from Panama.[iii] Overland immigrants carried the disease, too, and Sacramento’s location made it uniquely vulnerable to both fronts. The public health response (as ineffective as it was) came too late, and Sacramento went from a handful of cases to hundreds within a few weeks. After efforts were finally made to improve the sanitation, the city recovered.[iv]

Sacramento also suffered devastating seasonal floods – not too surprising given the city’s location on low-lying river land and its new-found love for hydraulic mining. The Sacramento River rose over 20 feet during several floods in the 1850s, so high that people were able to navigate sailboats through the city streets, and businesses operated out of the second floors of many buildings by the riverfront.[v] The city has just a few points of elevation, and people found their way to them: present-day Cesar Chavez Park, Sutter’s Fort and Poverty Ridge.

And Sacramento faced the threat of fire, which would spread like a wild inferno through the city’s wooden structures. In November of 1852, fire took most of the city, including nearly every public building.[vi] But by one month later, 761 new buildings had been erected, many of them brick with iron-shuttered windows, and the city passed an ordinance prohibiting the construction of wood buildings.[vii] The new Sacramento would be more substantial and never again face such devastation by fire.

Just as the city struggled for control over its natural surroundings, it also struggled to establish the rule of law. In 1850, squatters rioted over claims to Sutter’s land grant, shooting the mayor in the process (he died soon after from cholera en route to San Francisco). And citizens still occasionally administered vigilante justice. But Sacramento took tentative steps toward civility. With the rule of law shaky and the flood waters always a threat, Sacramento decided to house its county prisoners on a floating jail. The first was the Strafford, which served as the jail in the spring of 1850. It was followed by the Stirling, which foundered, and finally, the La Grange. The ship housed county prisoners for over a decade.

Over time, Sacramento gained its footing and control over its surroundings. The Phoenix City began to rise out of the ashes. Levees went up at R and Twenty-First Streets and along the American River. Along the R Street levee ran Sacramento Valley Railroad, the first railroad company incorporated in California, which began service from one end of the county to the other in 1856. The American River was redirected northward near the confluence and near, freeing up more land for the city. Trees sprouted across the scarred and muddy landscape, a foretaste of Sacramento’s future as the “City of Trees.” A police force and fire department along with the first City Water Works brought additional order to the city.

Political, religious and cultural institutions and many of Sacramento’s great businesses were established in the midst of the chaos. The State Capitol returned to stay in 1854 and set up shop in the new Sacramento Court House (the current capitol would be constructed in the 1860s). All of the city’s major newspapers had started operation by the 1850s, including the Sacramento Transcript, Sacramento Union and the Sacramento Bee. The first public school opened its doors in 1853, and churches were built to house congregations that had been meeting in the shade of oaks and sycamores. And out of the literal ashes of a Mercantile Library Association (destroyed in the 1852 fire) rose the Sacramento Library Association, founded in 1857 as a fee-based library boasting a member roster of notables, including all of the Big Four transcontinental railroad tycoons: Leland Stanford, Charles Crocker, Colis P. Huntington and Mark Hopkins.[ix]

By the late-1850s, the only thing Sacramento had to fear – apart from ongoing flooding until the streets were raised in the 1860s – were sky-high taxes due to the cost of recovering from so many calamities. But with a tenacious and resourceful spirit, Sacramento and its inhabitants stayed put and became a real city. After overcoming numerous floods, fires and epidemics in the first half of the decade alone, the Sacramento Union declared, “The Phoenix City of the Plains stands before the world to-day a proud monument of the undying energy and exhaustless mental and physical resources of her citizens.”[x] 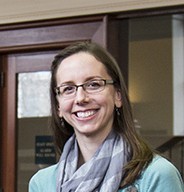 Amanda DeWilde has worked as an archivist in Sacramento Public Library’s Sacramento Room since 2010.  She earned her BS in History from Southern Oregon University and MS in Information Studies with an emphasis in Archives from the University of Texas at Austin. She is co-author on the upcoming History Press publication, WWII Sacramento, which will be available April 16.

[i] The Methodist Episcopal Church met in a small chapel at Seventh and L Streets beginning in the fall of 1849.

Featured image (at top): View of Sacramento City as it appeared during the great inundation in January 1850, drawn from nature by Geo. W. Casilear & Henry Bainbridge, Napoleon Sarony produced the lithograph, 1850, Prints and Photographs Division, Library of Congress

One thought on “Phoenix City of the Plains”