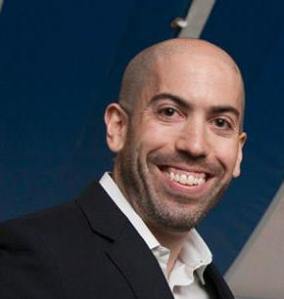 Department of History, University of Texas at San Antonio

I just completed my first book, Black Market Capital: Urban Politics and the Shadow Economy in Mexico City, which will be published later this spring. It traces the history of Mexico City’s infamous “thieves’ market,” called the Baratillo, from its origins in the seventeenth century to the present day, revealing how illicit street commerce has been central to both the urban economy and urban politics since the colonial era. My new research grows out of that project. I’m looking at how the circulation of informal currencies, which were traded in markets like the Baratillo, spurred new ideas about poverty, economic development, and sovereignty in Mexico and the Hispanic world in the eighteenth and nineteenth centuries. I see it as a study that links economic ideas to on-the-ground economic practices and one that broadens my focus beyond Mexico City.

This semester I’m teaching Introduction to Latin American Civilization—my department’s one-semester survey of Latin American history. At first, the incredibly long time frame was a challenge (I begin the course discussing human migrations to the Americas during the last ice age and end with recent political developments in the region). But it’s actually become my favorite class to teach. I think it’s important for students to think about long-term patterns, something I deal with in my own research.

I’m also teaching a new class on Imperial Spain from the fifteenth century to the Spanish-American War of 1898. The idea behind the class is to put Spain’s interactions with Europeans, Americans, Africans, and Pacific Islanders into same frame of analysis. It covers a similar period as my course on Colonial Latin America, but it takes a global perspective. Teaching this class is helping me to conceptualize a new project that looks beyond Mexico to the broader Hispanic world in the eighteenth and nineteenth centuries.

On my shelf is Patricia Acerbi’s Street Occupations: Urban Vending in Rio de Janeiro, 1850-1925, which I’m eager to read. Along with Sandra Mendiola García’s recent book, Street Democracy: Vendors, Violence, and Public Space in Late Twentieth-Century Mexico, and my own forthcoming book, we’ve had a surge of recent scholarship on street vending in Latin America, and that’s very exciting! I’m also looking forward to Matthew Vitz’s A City on a Lake: Urban Political Ecology and the Growth of Mexico City, which comes out this spring.

I’d encourage them to think and read broadly about their topics, looking beyond their disciplines and outside their geographic areas of expertise. Some of the most helpful scholarship I read in writing my book was the social science literature on the informal economy and studies of street vending outside of Mexico and Latin America. I’d also push them to try to bring their research to a broader audience. We generally gear our first book toward specialists, but it’s also important to share our work with people outside the academy. From op/eds in the local paper to commentary in news magazines to articles in our schools’ alumni magazines, there are many opportunities to take our work to the public. And they might be surprised: in an era of short attention spans and rapid news cycles, there is a lot of demand for experts to provide historical context for present-day challenges.

What item sold at Mexico City’s thieves market would most surprise or delight The Metropole‘s readers?

In 1895 a vendor in the Baratillo was caught with rails stolen from the Federal District Railway. The report doesn’t specify the length of track he was trying to sell, but it seems like a particularly conspicuous item to try to unload.

One thought on “Member of the Week: Andrew Konove”