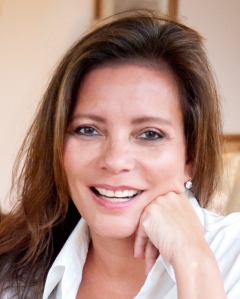 As a public historian working at New York City’s oldest museum, I find that my day job keeps me nimble where research is concerned. Just recently, I studied up on Radio City for an interview about its 85th anniversary with the New York Times. That same week I spent a day or two charting the evolution of Christmas and the holidays in New York for a live satellite radio broadcast with Cardinal Dolan. At this moment I’m fact-checking and editing the text labels for an exhibition of historic shoes called Walk This Way, set to open at New-York Historical’s Center for Women’s History in the spring. It’s my responsibility to ensure that all of this content for general audiences maintains a scholarly underpinning. I am fortunate to have an extraordinarily smart team of doctoral-level historians helping to keep me honest and on deadline with these varied tasks.

But I do value the hours I manage to spend doing sustained work by myself with my own scholarship on the founding in the nineteenth and early twentieth centuries of what would become some of the most famous cultural institutions of New York City. The New York Public Library, the Metropolitan Opera, and the Metropolitan Museum began as ambitious private projects for the public good and evolved into significant standard bearers not only for the city, but for the nation. I’ve pursued a research thread that places the main responsibility for these endeavors not with the directors or curators, but with their funders and founders. Their mark—bearing grander aspirations for their nascent institutions and, by extension, the character of their emerging metropolis—is still in evidence today. As a born-and-bred Manhattanite, I’ve always been drawn to the culture of the city in its entirety, and consider it almost a guilty pleasure to be able to legitimately spend time researching it for scholarly purposes.

Describe your current administrative, curatorial, and/or public history work. How does what you are working on relate to your scholarship?

I greatly value the skills and knowledge I gained in the academy, but nothing I encountered there could have prepared me for the kind of work that I currently do in the name of History. I have been engaged over the past couple of years in both the administrative and programmatic activities of establishing a Center for Women’s History under the umbrella of the New-York Historical Society. It requires me to think broadly about bringing women’s history into the larger narrative of American history as we convey it through educational and scholarly programming, public lectures, a yearly day-long conference, collecting, research, and a film, in addition to the expected exhibitions. This in turn extends to imparting this vision to our visitors, with my team of scholarly fellows and in collaboration with our CEO and board, and other colleagues like K-12 educators, librarians, art curators, exhibition designers, and members of our communications and fundraising departments.

I’m not sure how directly this relates to my own scholarship, other than by providing me with a framework for understanding the moving parts that make a museum function successfully “on the ground.” The theoretical texts which Museum Studies scholars write and read are all well and good intellectually, in a perfect world. But the challenges and choices I face daily actually working in a museum require me to be far more pragmatic in my approach. There is a struggle to be “pure” while heeding the necessity of being engaging to the public—not to mention getting the funds to make it all happen.

No doubt about it: I’ve anticipated Mike Wallace’s Greater Gotham as much as any other New York City history junkie. (In fact I was somewhat happy to come down with the flu last week so I could spend some extended untethered time reading it.) Wallace’s ability to harness the scale and variety of the growth of the city in the early twentieth century while capturing it in such painstaking detail is breathtaking. I also commend his capacity to be a great “crossover” historian that can create significant work that resonates for the general public.

The towering achievement of Mike Wallace with Greater Gotham makes me wonder with anticipation about when the other pillar of New York City history, Kenneth T. Jackson, will finally finish his new works on the late twentieth-century progression of suburbia and the current urban condition.

I offer the same advice I give to PhD-level historians: don’t be rigid or unimaginative about where the PhD can take you. There is a need for sophisticated content and critical thinking skills outside the academy. In fact, there is probably even more of a need. Speak and write clearly in a language anyone can understand, not mired in scholarly jargon. It’s harder than you think.

You are given the chance of a lifetime: an endowment to start a new museum anywhere in the world, devoted to any subject, time period, or person(s). Money is no object! What would you devote yourself to collecting, preserving, and curating?

This is an interesting question I’ve posed to my museum seminar students, and it cuts to the core of what a museum is and should look like. Is it a large, architecturally significant building in an urban space, filled with stuff and exhibitions? Is it a place for community engagement, in which visitors are encouraged to consider their place in society or even their very humanity? Is it a locus for an educational experience? Museums historically have been all of those things, and we hardly need another one. Perhaps what we need is a larger forum for collecting ideas that contemplate the history of the human condition. Would we do it in words, artworks, objects, images, documents, audio, video? I’d probably do it with all of the above and more, and ask a multi-disciplinary team of scholars, thinkers, and teachers to come up with a template of questions to spur an online “museum” that crowd-sources ways of visualizing this history and shares it on the web with everyone. Imaginative curators, web designers, and communications strategists can encourage the broadest ways of collecting this content from a diverse international community with access to the Internet. Then I would task museums around the world, large and small, with addressing through their own collections some of the issues the online museum raises. It would be like an abstract version of a History of the World in 100 Objects, but one that minimizes hierarchical curatorial thinking and utilizes a democracy of objects, things, and concepts—and defacto curators—representing a range of ideas and “stakeholders” as opposed to the standard object connoisseurship we expect of the best museums.

One thought on “Member of the Week: Valerie Paley”