Amazon’s search for a second headquarters has sparked widespread debate over the public costs of subsidizing private real estate. Critics question whether cash-strapped and socially divided cities should be spending billions on services for expensive office and residential projects. Supporters respond that these subsidies ultimately provide cities with much-needed tax revenue by encouraging property development. They point to New York’s fiscal crisis of the 1970s, when the city’s property taxes did not keep pace with operational expenses, as the nightmare scenario they wish to avoid.

While the historical perspective of these boosters is commendable, they are drawing lessons from the wrong crisis. They should look instead to the 1930s – a decade when New York experienced a crushing bankruptcy largely as a  result of municipal subsidies to real estate developers.

During the “Roaring 20s” New York’s local government promoted real estate growth in a variety of all-too-familiar ways. Older neighborhoods were underzoned in order to encourage new construction. High-income housing and office developments were under-assessed or given tax exemptions in order to entice development. Public credit was poured into expensive infrastructure projects such as subways in order to increase property values in the city’s periphery. The justifications then-Mayor John P. Hylan gave for these decisions could have come directly from the mouth of Michael Bloomberg: “The resources of a City are chiefly its taxable values. I set out to develop these values in the interest of the corporation which is the City of New York.”[1]

In 1934 this corporation went bankrupt. While the city’s policies had indeed spurred real estate growth, they had come at a cost. Thirty cents of every dollar the city spent in 1934 was required for servicing municipal debt incurred on capital projects for the city’s real estate industry. Moreover, the projects served by this infrastructure were unable to pay their share of the city’s debt. Over-construction for expensive housing left 175,000 vacant lots on the city’s periphery, while the city’s largest tower was nicknamed the “Empty” State Building for much of the decade. Only those who had acquired and sold land in time walked away smiling. Ultimately, the use of “municipal credit in aid of real estate speculation,” public finance expert A. M. Hillhouse wrote in his 1936 history Bonds: A Century of Experience, “affords a veritable master key to an understanding of the financial collapse of hundreds of areas in the early 1930s.”[2]

Unfortunately, American cities are repeating this history. The huge towers dominating Manhattan’s “Billionaire’s Row” are up to 30 percent vacant, their units providing shelter for off-shore investments even as the city’s homeless population grows. American property tax practices favor high-income coops and condos while discriminating against older rental buildings and their largely poor and minority tenants. And American cities continue to be willing to provide every manner of infrastructure to big developers, trading the reality of gentrification for the prospect of future tax revenue. While boosters have long claimed that subsidizing private real estate growth can simultaneously address the fiscal and housing crisis of American cities, it is clear that they fail on both counts.

Are there any alternatives to this situation? It seems unlikely that American cities will acquire additional revenue through Federal aid or additional taxing authority anytime soon. There is another solution, however: local governments can enter the real estate business themselves. Cities like Singapore receive income directly from state-owned middle-income housing projects, loosening their dependence upon the property tax and, by extension, large property owners. Singapore also owns more than half of the city’s land, ensuring that growth in property values flows directly to the city’s coffers and not to gentrifying speculators. If this seems too statist, Community Land Trusts provide another way for city residents and local governments to benefit directly from urban growth without contributing to displacement.

These policies allow cities to balance housing equity with fiscal growth – goals that are all too often incompatible in the American approach, where City Hall depends on the private sector to accomplish both. But it doesn’t have to. If our local governments value entrepreneurs so much, perhaps they should be willing to act like ones.

Featured image (at top): “Where the subway is an elevated, New York City“, Detroit Publishing Company, circa 1905, Prints and Photographs Division, Library of Congress 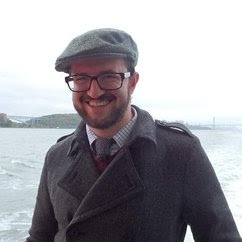 Daniel Wortel-London is a Ph.D. candidate in history at New York University, Jersey-born and Gotham-based, interested in urbanization, the political economy of solidarity, and public policy in the late nineteenth and early twentieth century North Atlantic. He has written about the class politics of bicycles, the political economy of post-war urban tourism, labor politics in the 1939 New York World’s Fair, notions of “public space” in the works of John Dewey, and the political effects of urban decentralization on Tammany Hall. He also serves as the graduate student editorial board member of the Journal of the Gilded Age and Progressive Era, and hosts the podcast London’s New York. (@dlondonnyu)